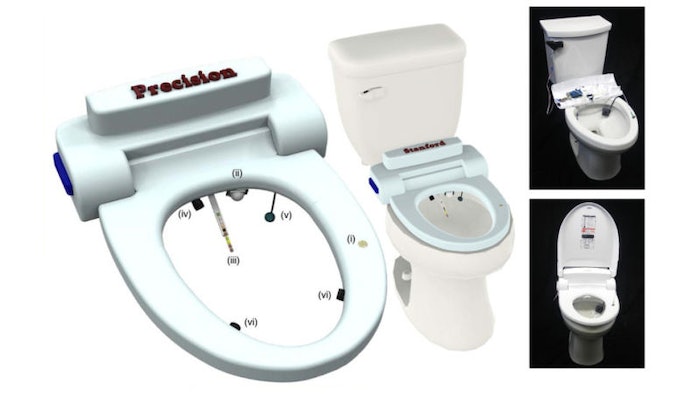 Back in February, we discussed a wearable device that used sweat from the wearer to assess their health. According to a recent Medgadget article, a team of researchers at Stanford have taken the concept a step further, analyzing urine and feces with a smart toilet. Much like a bidet attachment, the device is mounted on top of a standard toilet with various sensors lining the interior of the bowl. One attachment uses computer vision to calculate the flow rate and volume of urine, while another uses machine learning to classify stool according to the Bristol stool form scale.

The device is also outfitted with motion sensors that track the onset, frequency, and duration of bathroom breaks. In order to differentiate between multiple users, the device’s flush lever features a fingerprint scanner. Aware that one user might use the toilet while another person flushes, the team also added a small anus scanner. The smart toilet has only been tested for a couple months, but the team plans to test with more participants while making improvements like adding biochemical stool analysis.