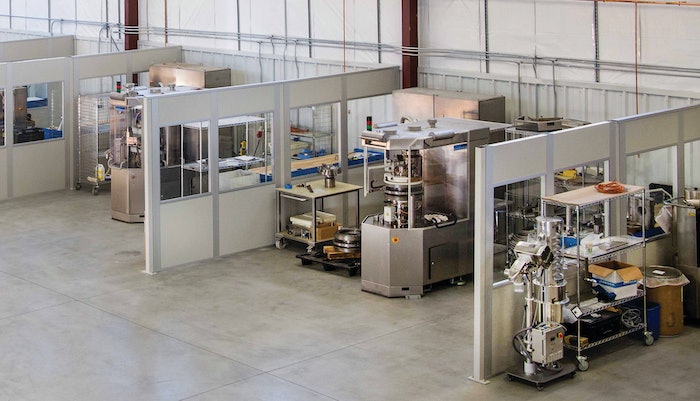 KORSCH AG - the global leader in tablet press technology, has dedicated a new facility on its Berlin manufacturing campus to support the continued expansion of the company’s global Certified Pre-Owned Equipment Program. Complementing this new development, the KORSCH America facility in South Easton, MA, has expanded to include four service bays to support Certified Pre-Owned equipment projects for North and South America.

Fully Functional and Backed by KORSCH

Refurbished and Tested by a Team of Experts

The KORSCH Certified Pre-Owned Group operates in a dedicated facility on the KORSCH campus in Berlin, with a team of experienced mechanical, electrical, and software engineers. Using genuine KORSCH OEM parts and the latest wiring and controls, including a Windows 10 platform, all KORSCH CPO machines are restored to exemplary operating condition. For example, on the company’s XL series of machines, compression columns are rebuilt and all wear parts and seals are replaced. The result is new machine performance at a significantly lower price point.

KORSCH ensures that all necessary cleaning validation documentation is provided for any machine acquired by the CPO Group, and all equipment is supported by a limited six-month warranty on mechanical and electrical components. A fully updated documentation package, including assembly drawings, spare parts lists, manuals, electrical schematics, software licenses and validation protocols, is offered with each KORSCH Certified Pre-Owned machine.

The KORSCH Certified Pre-Owned Group is always interested in surplus KORSCH assets, and offers highly favorable trade-in credit when a used KORSCH machine is exchanged for a new KORSCH model.