A 12-year-old boy is 3D printing and donating “ear guards” to support healthcare workers on the frontlines. 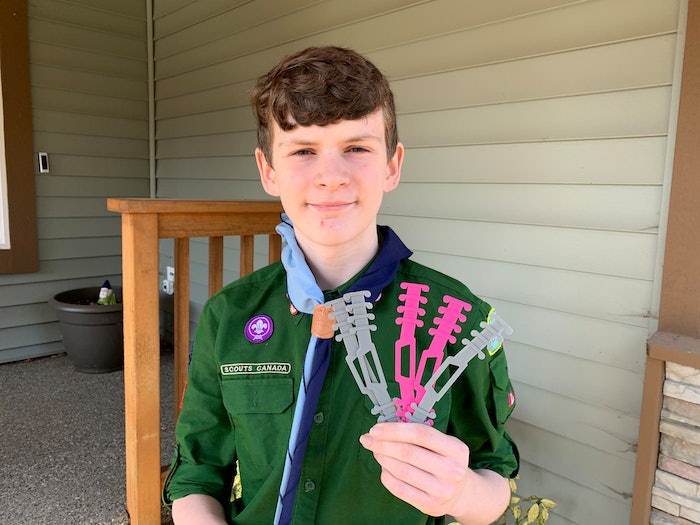 We’ve all had to get used to wearing face masks lately, and we all have our opinions about them. One common criticism is that straps that go behind the ears can cause pain, especially after long periods of time such as a shift at a hospital. A recent Good News Network article noted a 12-year-old boy in Canada who answered a request from local hospitals to make “ear guards” that alleviate the pressure on the ears.

The boy found an ear guard template online and used his 3D printer to make several versions for testing. He then made dozens of the best version, and donated them to local hospital workers in Maple Ridge, BC. The boy’s mother posted his creation on social media, which sparked a widespread effort to print more ear guards and donate them. The boy’s ear guard file has been downloaded more than 48,000 times. An interview with the boy can be seen here.