Quick Hits: iPads to the Rescue in Hospitals

Tablets are helping pick up the slack in hospitals as isolation and distancing ensue. 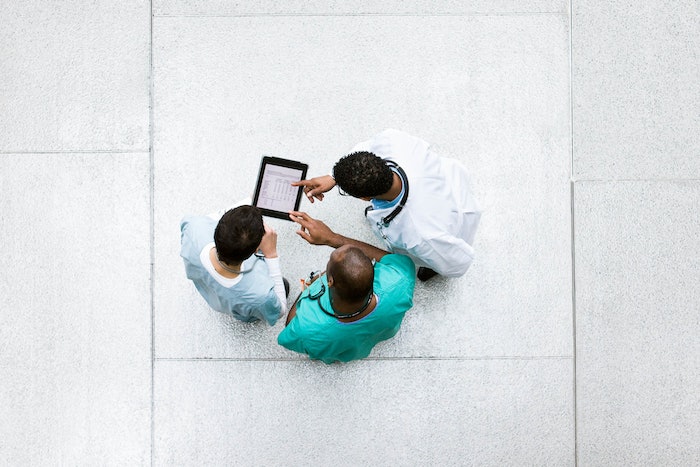 A recent WIRED article discussed the role of Apple’s ubiquitous iPad in the ever-changing climate of pandemic hospitals. At Massachusetts General Hospital (Mass General), rooms in the isolation ward are outfitted with iPads mounted to IV poles. The devices contain software that allow nurses to check on and communicate with patients without needing to wear protective gear or exposing themselves to the virus. This system, which has been in place for nearly a month, has reduced Mass General’s use of personal protective equipment by half, helping the hospital cope with the nationwide shortage.

Harris Health in Texas is helping patients who don’t speak English by providing tablets for on-demand access to interpreters to aid communication with pharmacists and dietitians. They also launched a system to streamline end-of-life care to ensure families can be with their loved ones, albeit virtually,  in their final moments. The versatility of tablets in a world where distancing is a necessity has converted longtime opponents of telemedicine into advocates of the technology.

An expert panel at the Packaging & Processing Women’s Leadership Network discussed women and remote work, as well as solutions for adapting to pandemic-era consumer buying trends. Read, watch, or listen to the conversation.
Melissa Griffen
Oct 20th, 2021
More in Home