Scientists from Michigan State University and Stanford University have developed a nanoparticle that targets atherosclerotic plaque. 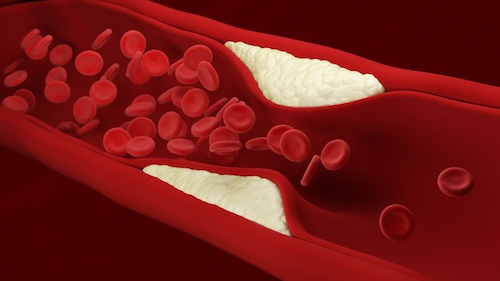 Plaque accumulates in arteries when cholesterol, white blood cells, and calcium build up on the artery wall. If the clot grows large enough, it can block the flow of blood through the coronary artery and cause a heart attack. According to a recent MSU Today article, scientists at Michigan State University and Stanford University have invented a nanoparticle that zeros in on the portions of plaque that causes heart attacks, and eats it away from the inside out.

The “Trojan Horse” nanoparticle could lead to a potential treatment of atherosclerosis, the leading cause of death in the United States. Future clinical trials of the nanoparticle will likely reduce the risk of most types of heart attacks with limited side effects, since the nanodrug is extremely selective on what it targets. A provisional patent has been filed for the nanoparticle, and it will be marketed later this year. The results of the study were published in the current issue of Nature Nanotechnology, and can be seen here.

As a non-profit with a mission to create jobs, automation can be a tricky proposition. But with a custom machine optimized to be easily used by legally blind operators, Horizon Industries struck a positive balance between labor and automation.
Matt Reynolds
Sep 21st, 2020
More in Home