Researchers have shown for the first time that a piece of mesh loaded with cancer-fighting immune cells shrinks solid tumors. 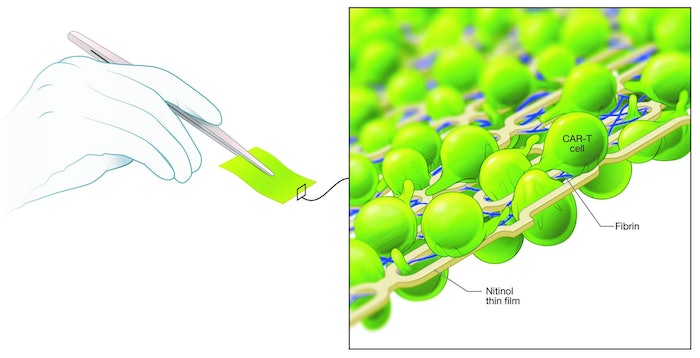 Science is always looking for new ways to fight cancer and shrink cancer. Whether it’s microrobots delivering medication to targeted areas of the body, or chemotherapy, the goal is to prevent the progress of the cancer. A recent Medical Xpress article discussed the latest in tumor-fighting techniques: a thin metal mesh containing T cells. The method was developed at Fred Hutchinson Cancer Research Center in Seattle, and was tested on tumors in preclinical models of ovarian cancer in mice.

The team used thin, almost translucent metal films manufactured by Monarch Biosciences, a company that also helped fund the project. The films were about 7x thinner than a human hair, and made of nickel titanium, which can safely be implanted in the body. The films were woven in a specific way to hold T cells until they could gravitate toward the tumor. Within 10 days, the tumors disappeared in all mice, and after 20 days, 70% of the mice were still tumor-free. More studies and clinical trials are needed, but the team believes the implanted film method could eventually be used to treat diseases like pancreatic and ovarian cancer.