By observing how customers open and use packaging, Medtronic Cardiovascular solved problems for operating room personnel with its new CoreValve Evolut R system.

Credit Medtronic CardioVascular Senior Principal Packaging Engineer Sameer Upadhyaya for maintaining his sense of humor during a bizarre incident during his HealthPack 2015  presentation in which a huge overhead lighting fixture began shaking and the ballroom quaking.

When HealthPack Conference Director Jim George learned that a large dance troupe was practicing one floor above the event ballroom, he informed attendees and the audience breathed a collective sigh of relief.

Upadhyaya’s presentation brought a much more welcome type of excitement as he used three video clips to show how Medtronic employed ethnographic research to remedy some heretofore vexing packaging problems in the operating room (OR) theater.

A first video showed a step-by-step process of how technicians in an OR opened multiple layers of protective packaging, which required handoffs to different personnel and at different tables within the OR. Setting up a catheter for heart valve surgery required an average of seven minutes.

Upadhyaya discussed a more traditional method of packaging separately the three key components for the catheter delivery system. First is the long delivery catheter, double-pouched with an outer shelf carton. Second was the bioprosthesis/valve, packed in a liquid chemical in what appeared to be a rigid jar, which was then packaged in a secondary carton. The third component, a loading system, goes into a double pouch, with a secondary carton.

• Would the new product require new packaging, or could a modified version of previous packaging be used?

• Who would be the key customers at the forefront in using the device, both internal and external customers?

• What would customer needs (and wants) be?

The challenges of ethnography, he continued, are that the research requires early funding; it’s value may not be immediately apparent, and it’s difficult to project return on investment. “The process may be perceived as marketing’s job, but it really isn’t,” explained Upadhyaya. “We need to know these details.”

Medtronic learned about customer workflow, key pain points based on observational visits, and raw customer needs. That information went back to project engineering for mapping of markets, systems, and project specifications. Product flow and product usability are two keys for packaging.

Just as nurse’s panels help packaging pros determine what customers like and dislike with medical device packaging, observing nurses and technicians in the OR environment showed that they often don’t read key device usage and handling instructions printed and added into the packaging by medical device manufacturers. In a video, a technician folded the catheter into a circular shape, completely dismissing instructions to keep the catheter as straight as possible.

Ethnographic research helped Medtronic create storyboards for each step of the customer opening and handling process, based again on observations from the field. Additional input was taken from Medtronic teams, including packaging, marketing, and supply chain. The teams made evaluations, creating needs and wants lists from end users. From that, more input was gleaned from hospital staff and their feedback was taken into account to evaluate and create need statements for end users, and a list of wants from create package designs.

Upadhyaya then played a video on the new Evolut system, which allows a single technician to open and prepare the catheter system in the tray itself, which is compartmentalized to house the three key catheter delivery system components, and allow for them to be individually bathed in a saline solution prior to aseptic transfer to the operating table itself. At the conclusion of the video demonstration, the audience offered appreciative applause.

Said Upadhyaya, “We need to empower end users to make them more comfortable, and to help them do their jobs more effectively. All of us in packaging learned about the four basic functions that packaging must perform: containment, protection, preservation, and communication.

“But remember, the medical device manufacturers and the operating room personnel are facing multiple stresses, and they don’t need that from packaging. We need to think beyond these four dimensions and to think of a fifth dimension for function,” he said.

“Ultimately, it may have been easier to use the same old packaging for our new system, but we wanted to deliver a more effective, integral packaging experience for hospital staff. The new packaging results in one person being able to load and prepare the catheter delivery system not in seven minutes, but two to three minutes on average. Some people have shown they can do it in under a minute,” said Upadhyaya.

The new package changed to using a single tray, removing the outer pouches. Overall, there is a 30% reduction in packaging materials, using fewer components. The new packaging also allows for easier parts removal, usage, and preparation within the tray itself.

The ‘big-picture’ role of packaging engineers

“Our job as packaging engineers,” Upadhyaya told the HealthPack audience, “is to make the end-user’s life easier. For Evolut, the packaging now becomes an integral part of the therapy, a fifth dimension if you will. The reduction in packaging waste is becoming more of a focal point for hospital staff. These people are under pressure, so packaging must be instinctive and fit in the customer environment; it must be easy to access and use the product.” 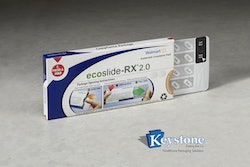 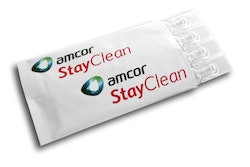 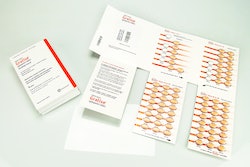