The current economic recovery is sustainable, according to PMMI's Fourth Quarter 2010 Economic Outlook, which predicts the rate of recovery to slow next year, but that growth will continue. 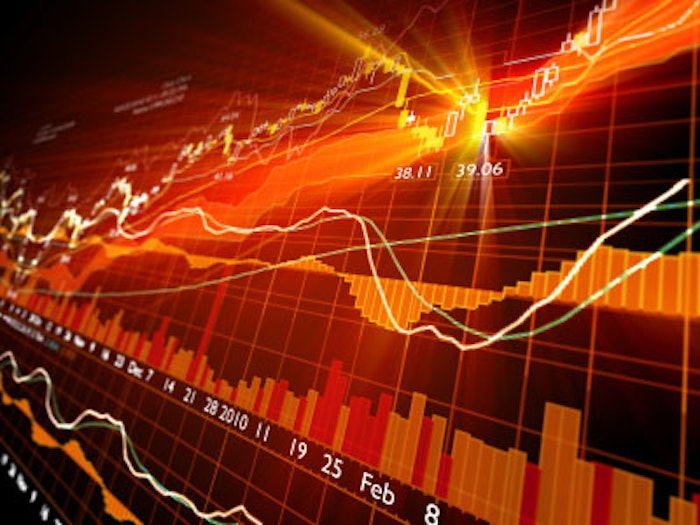 There are signs of slower growth next year, most notably from the U.S. Leading Indicator and the Purchasing Mangers Index, but there is no clear evidence to support a double-dip recession, the report says. Among the report's highlights are the following:

• Corporate Bond Prices have resumed an upward march after dropping briefly in late 2009.

• The U.S. Leading Indicator has fallen steeply since it peaked in March. The drop resulted from recent stock market “roller coaster rides,” declines in building permits, and faster supplier deliveries.

• The Purchasing Managers Index is also in steep decline off a December 2009 peak. The monthly Index has fallen each month since April, but has stayed in the growth range. New orders, production, and in particular manufacturers prices have seen the most pronounced deceleration.

• The Money Supply was flat for nine months, with zero change from November 2009 to July 2010. That sluggish growth has not yet acted as a brake on Industrial Production, but is one reason for the expectations of slower growth in 2011.

• The Industrial Production Index moved into “Phase B”--i.e., growth mode--in July, and is continuing the upward trend. This index is up by 0.8% over this time last year, and leading indicators and internal dynamics point toward continued growth through the end of the year, up until a slowdown in 2011.

PMMI's 4th Quarter 2010 Economic Outlook was produced by the Institute for Trend Research exclusively for PMMI members, who may download the report at PMMI.org.
Companies in this article

In this Q&A, a manager of pharmacy operations explains why RFID-embedded vial labels just may change the world of inventory management and dispensing.
Keren Sookne
Mar 9th, 2021
More in Home