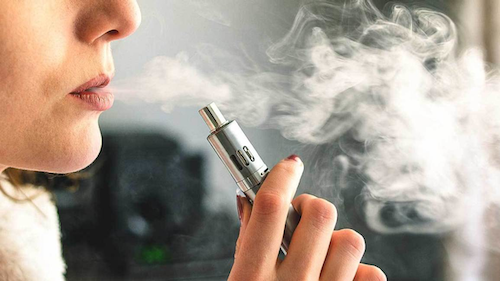 As federal regulators have zeroed in on the cause of lung issues linked to vaping, one state is making moves to prevent an outbreak. A recent Cincinnati.com article noted that the Ohio Department of Commerce banned tocopheryl acetate, aka vitamin E acetate. This came shortly after the Centers for Disease Control and Prevention declared a link between the additive and the highly-publicized cases of lung illness. It should be noted that none of Ohio’s licensed processers use vitamin E acetate in their products, and the state commerce director said that vape products will now be tested for the additive.

Nobody can measure with any real accuracy what impact Covid-19 will have on packaging. But what packaging professional wouldn’t value a glimpse into how things might look post-pandemic, especially if that glimpse comes from an experienced veteran?
Pat Reynolds
May 21st, 2020

Economic Outlook: 2020 and Beyond

The FDA issued an emergency use authorization for the diagnostic test.
Tim Hayes
May 18th, 2020

Just like all change management, total cost of ownership is a journey that has transformational results when successfully implemented.
Stephen Schlegel
Bruce Larson
James Couch
May 14th, 2020
More in Home

Machine Efficiency and the Impacts of Sustainable Packaging

Vegan, cruelty-free deodorant from Each & Every introduces primary packaging made from sugarcane-based plastic and a corn-based bioplastic shipping envelope.
Anne Marie Mohan
May 11th, 2020

Eliminating unnecessary plastic, sustainable innovation, and circulating plastic within the economy are the three goals of more than 450 global partner companies seeking to keep plastic waste out of the environment.
Kim Overstreet
May 11th, 2020

Sustainable Package Reformatting on the Rise

According to a new report by PMMI Business Intelligence, over half of CPGs are changing product packaging to meet sustainability goals by moving from one format to another.
Kim Overstreet
May 8th, 2020

Scientists at Northwestern have developed a small flexible device that tracks symptoms associated with the virus.
Tim Hayes
May 8th, 2020

A 12-year-old boy is 3D printing and donating “ear guards” to support healthcare workers on the frontlines.
Tim Hayes
May 7th, 2020

Health professionals with little to no experience in treating infectious disease are learning with virtual reality.
Tim Hayes
May 6th, 2020

The FDA granted emergency approval for the antibody test that determines whether people have been infected with coronavirus.
Tim Hayes
May 4th, 2020