Researchers from three institutions collaborated to create living robots, and now they can reproduce on their own.

According to a recent CNN article, robotic life forms can now reproduce, but not how plants or animals do it. The living robots, aka xenobots, were developed by researchers at the University of Vermont, Tufts University, and Harvard’s Wyss Institute for Biologically Inspired Engineering. The team unveiled the xenobots, which were formed from African clawed frog stem cells, last year after their experiments showed they were mobile, worked together, and self-healed. Now, they can reproduce, but not in a traditional way.

The xenobots use “kinetic replication,” which is a process that occurs at the molecular level but has never before been seen in whole cells or organisms. The scientists used artificial intelligence to test billions of potential body shapes for the xenobots to increase their ability to replicate. The best shape turned out to be similar to Pac-Man. When placed in a petri dish, the xenobot found and gathered hundreds of stem cells in its mouth and formed them into a new xenobot within a few days. Honestly, the concept scares me, but the researchers insist the living machines were entirely contained in a lab and easily extinguished. 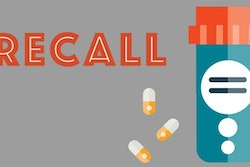