Perspectives vary concerning last week’s announcement that President Donald J. Trump intends to nominate Scott Gottlieb to be Commissioner of Food and Drugs at the Department of Health and Human Services.

Nothing like a little controversy from the White House—in this instance, President Donald J. Trump’s March 10 announcing his intent to nominate Scott Gottlieb of Connecticut to be Commissioner of Food and Drugs at the Department of Health and Human Services.

A March 13 marketwatch.com story said, “Dr. Scott Gottlieb, President Donald Trump’s nominee to head the Food and Drug Administration, has taken more than $400,000 from drugmakers just in the last few years, served on many corporate boards and forged countless other corporate ties while spending the last decade at a venture capital firm.” The story listed income from Vertex Pharmaceuticals, GlaxoSmithKline, Novo Nordisk, Valeant Pharmaceuticals, Bristol-Myers Squibb, AstraZeneca and others.

The story quoted Bernstein analyst Ronny Gal saying, “Gottlieb is an advocate of faster, flexible approval of drugs especially where it comes to diseases of material unmet need,” adding that Bernstein sees “Gottlieb as generally positive for the drug industry.”

A March 12 WQAD (Quad Cities) online report said, “Gottlieb's job will be to cut the red tape at the FDA, which regulates everything from pharmaceuticals to cosmetics….Critics fear the Trump administration wants to reverse decades of protections.”

Meanwhile, a March 10 Forbes online story noted, “As Gottlieb prepares for his Senate confirmation hearings, there's likely to be lots of interest in his public thoughts on healthcare.”

“An internist and hospitalist, Gottlieb has played leading roles in various government health agencies, including as deputy commissioner for medical and scientific affairs at the FDA during the George W. Bush administration,” said a March 10 NPR piece.

The NPR story said, “Gottlieb is a prolific writer on health care issues, particularly the pharmaceutical industry. He is seen as a strong supporter of that industry and has championed deregulation.” The article also made the following points:

• “While Trump has promised at various times to make fairly radical changes at the FDA, Gottlieb is a seen as a conventional choice for commissioner by a Republican president.”

• “Should Gottlieb be approved by the Senate, one early target he may aim for is so-called off-label promotion of prescription drugs.”

• “As FDA commissioner, Gottlieb would oversee an agency that has regulatory power over a quarter of the U.S. economy, including not just pharmaceuticals but medical devices, food safety, cosmetics and other areas of human and animal health.” 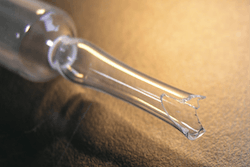 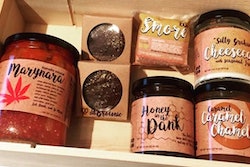 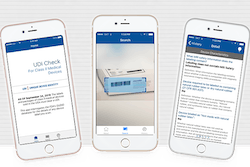 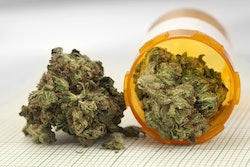