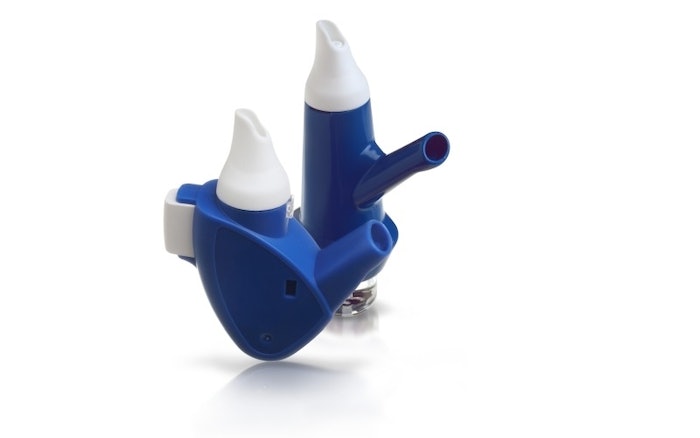 One of the main issues plaguing nasal sprays is their delivery system; they all seem to dispense the drug, which then trickles down the throat. OptiNose has set out to change that by creating an innovative inhaler that traps the medication in the nasal cavity. The new device uses two pathways, one in the mouth and the other in the patient’s nostrils. When the device is inserted in both the nose and mouth, the patient exhales orally to dispense a dose. The soft palate involuntarily seals off the nasal cavity when you exhale, trapping the medication.

“We’re providing an efficient delivery system that delivers the medication much higher and deeper to the nose, … directly on the inflammatory tissue to get a better benefit,” says Peter Miller, CEO of OptiNose. Data suggests 20 million people in the U.S. suffer from chronic rhinosinusitis, and half of them are actively seeking treatment. Because of the size of the market, OptiNose plans to increase staffing and release the product on its own. The company plans to file for FDA approval by the end of year and expects a reply by Q3 of 2017.