Will generic pharmaceutical manufacturers serialize their drugs in time?

Consider what impact it might have on your business if your company is not ready. 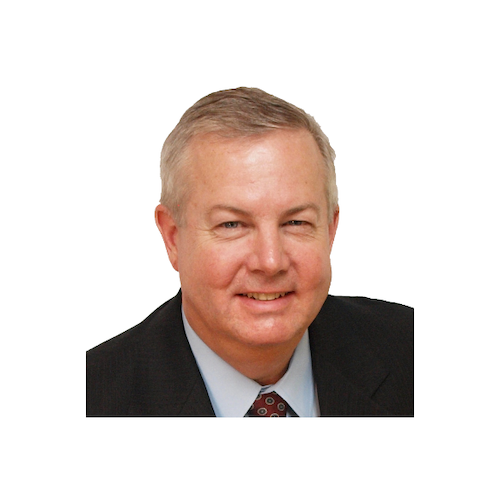 The one thing all pharmaceutical manufacturers can count on, regardless of whether or not the U.S. Congress passes a new track-and-trace regulation in this or future sessions, is that unit-level serialization will be a necessity on drug packages sold into the U.S. market within the next few years. We have paid close attention to the draft legislation that has been moving through the two houses of Congress, but there is no doubt that unit-level serialization will be required whether something passes at the federal level or not. The only questions are, exactly which year will it be required, and what else will be required?

We know that if nothing passes at the federal level—a distinct possibility considering the differences between the House and Senate versions—drug manufacturers will be faced with applying FDA Standardized Numeric Identifiers (SNIs) on 50% of the drugs going into the State of California by January 1, 2015, and 100% by January 1, 2016. That’s according to the California pedigree law, having been on the books for about nine years now and having been updated with these dates almost five years ago. That law only deals with drugs distributed within the state of California but because most manufacturers can’t tell exactly which units will eventually make it to that state, they are forced to serialize and e-pedigree all of their units sold into the entire U.S. market.

That’s what we know. But we also know that both bills in Congress, if enacted, would preempt the California pedigree law as well as all other state and federal serialization, pedigree and track-and-trace laws. So if either bill were to pass and be signed into law, the California regulation would abruptly go away, but it would be replaced by the new federal serialization and pedigree requirements. It’s hard to predict exactly what the pedigree requirements might be because the two bills differ in that area, but they both have the same basic serialization requirement.

Will generic drug makers be ready?

I have been in lots of conversations over the years where someone in the group expresses their opinion that generic drug manufacturers are not likely to be ready with serialization of their drugs on time. In my observation the only people who make these statements are those who are simply speculating. Those in the know do not make these statements because there are some large generic drug manufacturers who are working on adding serialization to their packaging lines just as diligently as branded manufacturers.

The theory is always that the profit margins on generic drugs are so thin that these companies probably cannot afford to make the investments necessary in the right technologies to be ready. That theory might be true of some generic drug manufacturers—after all, there are a lot of them—but I suspect that smart generic drug companies see serialization requirements as a wedge that just might eliminate some of their competition. If that happens, the “law” of supply and demand—the “law” that is a significant factor in the price of a generic drug—might allow them to raise their prices (or not lower them as fast) and thus widen their margins.

A few years ago I took a tour of a drug distribution center with a team of serialization technology people. Our group had just finished one of these conversations where someone expressed the theory that generic drug manufacturers would not likely be ready by the California deadlines. I disagreed, and we had a brief debate based on competing theories. None of us had any facts.  We then took a tour of the warehouse.

The very first pallet of drugs I laid my eyes on in the warehouse storage area was supplied by a generic drug manufacturer from India. I don’t remember the name of the company but it was not one any of us recognized. We looked carefully at the case labels and found that each case already had a GS1 GTIN plus serial number printed on them in both GS1 Datamatrix 2D bar code and human-readable form. I remember seeing serial numbers in the teens and twenties. This was either an experimentally labeled pallet or the first pallet in production by that manufacturer with case serial numbers. We hunted down that drug in the each-pick area and found that the units were also serialized with 2D bar codes printed on them in addition to the linear NDC bar code. The labels looked exactly the way I would have recommended. That is, I could not find anything wrong with them at the time.

Being from India, this particular manufacturer might have been preparing to meet the India government’s requirement that all drugs exported from that country be uniquely serialized, or they might have been preparing for the California pedigree law. We did not investigate the reason, but that was the last time we had the debate over the readiness of generic manufacturers.

The point is, companies should not make any assumptions about who will not be ready, whether the California deadlines remain in effect or federal deadlines replace them. In fact, if you must make an assumption, you should assume that everyone else will be ready on time. When you look at it that way, how will you feel if your company is the only one who is not ready on time? What impact would that have on your business?

—Dirk Rodgers, who contributed to Healthcare Packaging’s Pharmaceutical Serialization Playbook, is an independent consultant and founder of RxTrace. He has contributed to many industry groups that have been formed over the last 10 years to investigate solutions to the problem of counterfeit and other illegitimate drugs in the legitimate supply chain. He served as co-chair of a number of key technical work groups in GS1 and GS1 US. These include the original GS1 EPCglobal Drug Pedigree Messaging work group that created the DPMS pedigree standard, the Network Centric ePedigree (NCeP) work group, and the RFID Barcode Interoperability Guideline work group. Rodgers holds a BS in Electrical and Computer Engineering from the University of Wisconsin-Madison.‘RxTrace’ (www.rxtrace.com) is copyrighted by Dirk Rodgers Consulting, LLC—all right reserved.