[Leaning From the Past] Disaster Logistics: Drug Distribution During Time of Crisis

With another storm headed Puerto Rico's way, we take a look back at lessons learned by government and industry from the 2017 hurricane season. 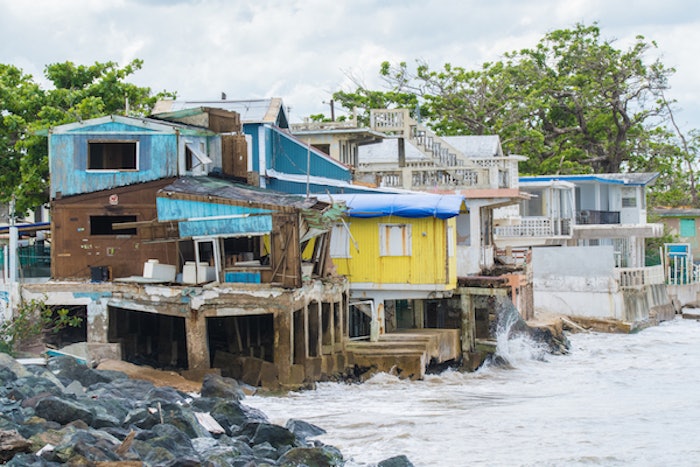 Lessons learned by government and industry from the 2017 hurricane season.

The 2017 hurricane season saw one of the worst string of natural disasters to hit Texas, Florida, U.S. Virgin Islands and Puerto Rico between August and October. Needless to say, the storms taxed both government agencies and the private sector in a far greater way than ever predicted or planned for.

Puerto Rico, in particular, still lacks power and basic infrastructure, and the storms also knocked out drug producing facilities, leading to medicine shortages across the country that continue to this day.

There is a tendency to think if we get the hospitals up and running, a community is on its way to recovery. But what about pharmacies? Dialysis clinics? Nursing homes? And the myriad of other health services designed to keep people from having to go to the hospital in the first place?

And, what about drug distribution? The website RxOpen.org shows which pharmacies are operating in a disaster zone. But does it matter if you know which pharmacies or hospitals are open if no medicines are getting through?

Key challenges were lack of water, no generators or faulty generators, as well as limited fuel availability. Oddly enough, Puerto Rico had at least a three-and-a-half-week supply of diesel, but there were no roads to deliver the fuel. Nor did anyone know where critical generators needing diesel were located.

Healthcare Ready, formerly Rx Response, is an organization that coordinates government agencies and private business efforts to safeguard patient health before, during and after disaster strikes.

“The 2017 hurricane season was unprecedented, and the response by government and industry was remarkable,” said Jim Callahan from ABC.

Imagine no power and no cell phones—bad enough in Texas or Florida where you will eventually be able to drive in medicine. But on an Island?

What do you do in the continued absence of infrastructure? Water, fuel, electricity, communications, medical gasses like oxygen—government agencies look to critical infrastructure and figure that usually within a few days these problems will be taken care of. Once the flooding recedes, you will be able to find roads to access healthcare facilities. But on an island? You really can’t plan for this level of destruction.

Initial emergency response calls for locating your employees was not possible in many cases. Satellite phones were shipped in, many did not work. It took one distributor 15 days to find one of their employees—a courier had to go out and physically locate that person.

A big planning issue will be drilling people beforehand so they will know where to go to meet up with fellow employees in the event communications are down. Cell phones are not a reliable means of communication following a disaster.

Some manufacturers and distributors have policies in place where they are not allowed to ship to Puerto Rico by air—only by sea. They look at a screen that tells them there is no access to the affected area. These policies need to be reviewed by manufacturers before the emergency happens so they build flexibility into their distribution plan.

For ocean-going shipping, it turns out that the barges that service Puerto Rico are a very specific type and size, and government had trouble locating enough that fit the right specifications. ABC sent some drugs by military transport aircraft, then had to rent their own 767 for the next shipment.

Access and credentials is another critical area that needs improvement. Who can move after curfew (hospital employees needing to get in for the third shift), and who is allowed into the disaster area has to be cleared all the way down to the local level. The Department of Homeland Security might give you clearance, but if the local sheriff is not alerted, important medicines will not be allowed to get through.

The drug supply chain has been a bit of an afterthought for disaster planning until now. Business will continue to work with government through Healthcare Ready’s efforts to keep distribution top of mind in the future.

The 2017 hurricane season illustrated just how fragile the drug distribution system is. A lot of professionals in and outside of government are studying the disaster response and planning to make changes. Hurricane season 2018 is only a few months away!