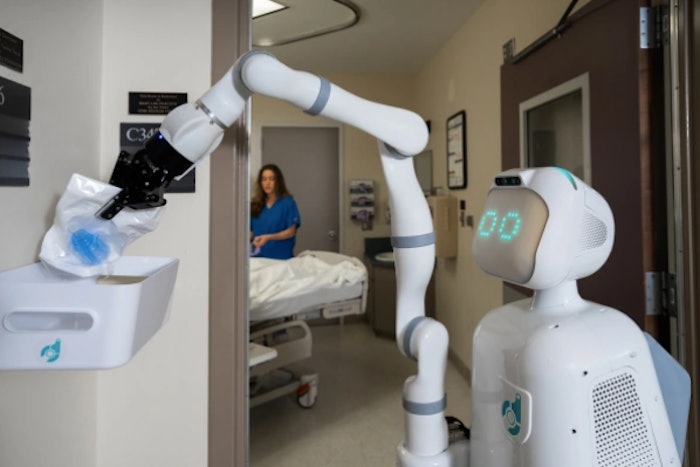 According to the U.S. bureau of Labor Statistics, the number of nurse jobs will increase 15% between 2016 and 2026, and there’s currently a shortage. A recent Fast Company article says there’s now a robot designed to help with nurse tasks and ease the pressure of understaffing. The robot, named Moxi, was designed and built by Austin-based Diligent Robotics. Rather than replacing nurses, Moxi handles the roughly 30% of tasks nurses do that don’t involve patient interaction. This includes things like running errands around the floor or delivering specimens to the lab for analysis.

Moxi rolls around on wheels, is equipped with a robotic arm, and is integrated into the hospital’s electronic health record system. Nurses can program rules and tasks such as delivering fresh supplies to a room for a new patient after the previous occupant has been discharged. By handling some of these mundane tasks, Moxi lightens the cognitive load nurses face, giving them time and energy to focus on patients. If robots like Moxi can augment labor rather than replace it, automation seems less like a threat and more like an asset for the work force.