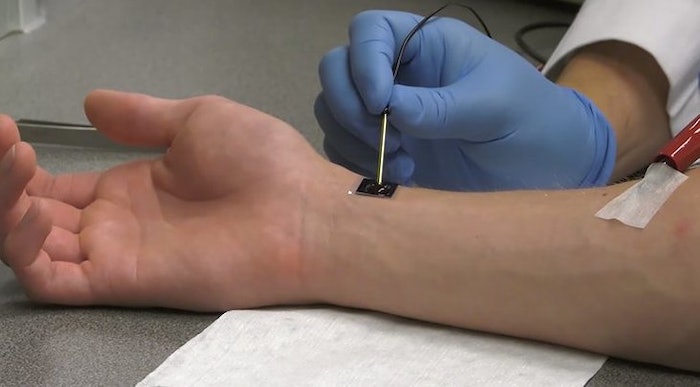 A recent ScienceAlert article discussed a new device that heals with a single touch. The prototype device, developed by a team of researchers at Ohio State University, uses a process called Tissue Nanotransfection (TNT) to reprogram skin cells to become vascular cells, which are vital to regulating healthy blood flow throughout the body. The device has yet to be tested on humans, but trials on mice and pigs yielded promising results for the body repair tool.

During a test, the team used TNT to reprogram skin cells on the exterior of a mouse’s leg with no blood flow. Within a week, active blood vessels appeared in the injured leg and within two weeks, the leg had been saved. The process can essentially reprogram skin cells into any type of cell to be transplanted elsewhere. For instance, a physician could eventually program skin cells to be brain cells that can be transferred to a damaged part of the brain to reverse the effects of Alzheimer’s disease. Since the cells are from the same body, immune suppression isn’t required to make sure the new matter is accepted in the body. There’s an interesting video here that goes more in depth.