In its Levis, Canada hometown, near Quebec City, Pharmalab Inc. has found that low unemployment rates make it sometimes difficult to find qualified personnel. To help cope with that challenge, the contract manufacturer of natural health, pharmaceutical and nutraceutical products, and food supplements has switched from manual cartoning to automated robotic cartoning with the recent addition of five new MK-DLT integrated Delta 3 robotic cartoners provided by AFA Systems. Antonio Muniz with Logic Tech Pack Inc. served as a consultant and AFA agent for the project.

Pharmalab produces powders, liquids, creams, and solid-dose capsules and tablets, all under customer brand names. These are packaged in a variety of formats, primarily pouches and jars, which are sold in Canada and the U.S.

Manufacturing and packaging is done within the company’s 100,000-sq-ft facility in Levis, now twice the size it was before a major expansion project in 2011. Of the facility’s 10 packaging lines, six are dedicated to pouch production, two to solid-dose products, and one each for liquids and powder filling.

Anas El Alaoui, Pharmalab’s Plant Manager, says, “We made a major expansion primarily for warehouse and administrative purposes, but all the old warehouse area was transformed into a packaging area with four pouch lines added to the two we had before.”

El Alaoui says eight of the lines run 24/7, while the liquid line runs on a two-shift, five-day-a-week schedule, and the powder filling operates on one shift, five days a week.

Before the expansion, all cartoning was done manually, with operators handling the output of two upstream horizontal form/fill/seal pouch machines. “We used to do that work manually with three people per shift,” says El Alaoui. “The first person folded the carton, the second one put the pouches inside, and the third worker put it into the corrugated box.”

With demand increasing and qualified workers becoming more difficult to find, Pharmalab realized it had to increase its cartoning efficiency and manage labor costs.
Step one in considering an equipment investment was to develop a URS, or User Requirement Specifications documentation of its equipment needs. This information was sent to at least three different cartoner manufacturers.

“We went through our due diligence with each of the three companies and we chose AFA,” says El Alaoui. AFA earned Pharmalab’s business for a variety of reasons, he explains. “Their knowledge of that business, their experience in making cartoners, their understanding of the technology, and the results from the references they gave us were among them. We also went to see their cartoners work in other industries. Their technical service was better than the others, and the price was good.”

Pharmalab added one MK-DLT integrated Delta 3 robotic cartoner initially. As is often the case with new equipment, adjustments had to be made. “AFA was very proactive,” says El Alaoui. “They helped us solve these issues quickly. Also, they offered Internet connection with the PLC inside so they could troubleshoot from their Toronto offices.”

Pharmalab ran that AFA machine for about six months before adding four identical machines. “That way,” El Alaoui says, “instead of taking on a ‘pilot project’ with five new machines, we did it with one and then purchased four more, with small changes made to them based on what we learned from the first cartoner.” Today each line can make the same products, and only requires a single operator to run it rather than the three that were necessary when the company was cartoning manually.

Upstream of each cartoner is a horizontal form/fill/seal machine that fills products into premade flexible pouches made of multiple layers, including foil.

From the hf/f/s unit, filled and sealed pouches are conveyed through a checkweigher from All-Fill. Because the pouches include aluminum foil, Pharmalab selected an X-ray vision system rather than a metal detector to scan pouches for possible metal, plastic, or other foreign materials. The contract manufacturer uses a Mettler-Toledo Safeline x-ray machine to scan the pouches.

From the X-ray machine, pouches are conveyed on two lanes into the AFA cartoner. A Cognex In-Sight Micro Vision camera captures the pouch orientation and position. That information is transferred to the AFA Delta 3 robot, which picks up two unoriented pouches and places them into a loading funnel. Once the appropriate pack pattern is achieved, two overhead confiners gather the product array. The loading funnel then moves to the crease line of the carton to ensure positive loading with no possible catch points. The crease line is the joint between the major flap and the front panel of the carton. The benefit of having the loading funnel move to the crease line of the carton is that it eliminates catch points during the carton loading process. Folding cartons typically vary from 7 pt to 10 pt. Two common carton sizes measure 7 x 12 cm and 12 x 17 cm.

The MK-DLT then heat-seals the minor and major carton flaps. A reciprocating feeder erects and loads the carton onto a main lugged conveyor. Next, a Videojet Laserjet printer, integrated within the cartoner, prints a date code on the carton before discharging it. Depending on the product and carton, the robot might pick and place five, seven, or 10 packs at a time.

Subsequently, cartons are hand-packed into outer corrugated shippers for palletizing and shipping, processes that could be automated in the future.

Pharmalab’s El Alaoui says the cartoner lines operate at 10 to 14 cartons/min, depending on how many pouches must be placed in the carton. “The output is dictated by the pouch machine, which operates at speeds ranging from 70 to 90 pouches per minute,” he says.

Since the new AFA cartoners were installed and began running early this year, El Alaoui says Pharmalab has gone from nine people total on its three shifts to three in all.

“Because we have a hard time recruiting people here in the Quebec area, we couldn’t have all of the shifts covered with the manpower we had. Now we can.”

Says El Alaoui, “It comes down to keeping the lines running. Three people couldn't keep up with the 90 pouches-per-minute speed, but the robot can. With three people it was more around 55 pouches per minute. On the cartoning end, we have gone from producing seven cartons a minute to 12, so we are close to doubling our production.

“We had to increase our capability to go 24/7 production with the number of people, so we didn’t need to lay off anyone. And when we used people to fill cartons, we didn’t seal the carton flaps, but instead applied just a security seal at the end of the carton to make sure that the product was sealed. Now, in terms of security, it’s a better product for our clients.”

Printing the expiry date and lot number on both the pouch and carton add to that security and help Pharmalab track products from the raw material stage through distribution. So just as its products are designed to better the health of Canadian consumers, Pharmalab’s cartoning equipment is now re-energizing the contract manufacturer’s packaging lines.

Videos from Mettler ToledoView all videos 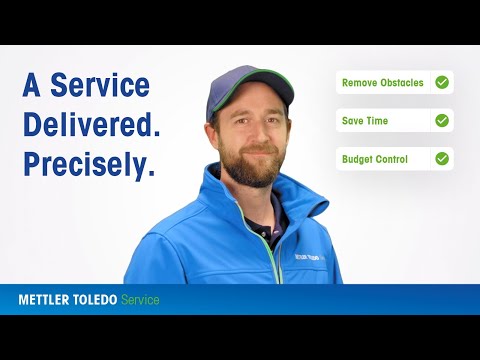 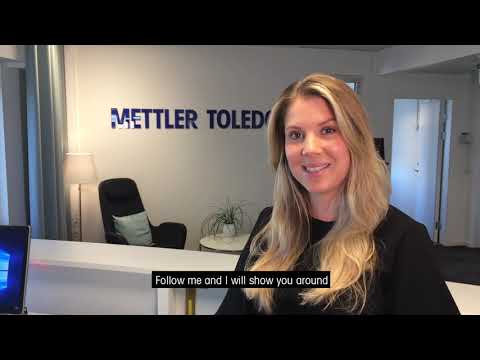 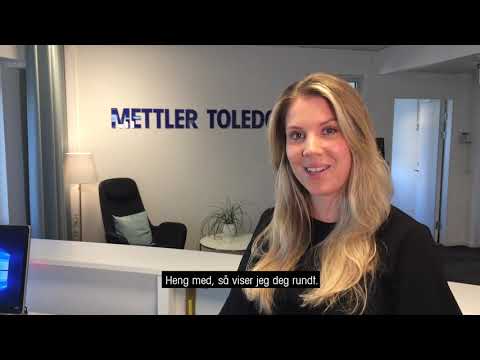 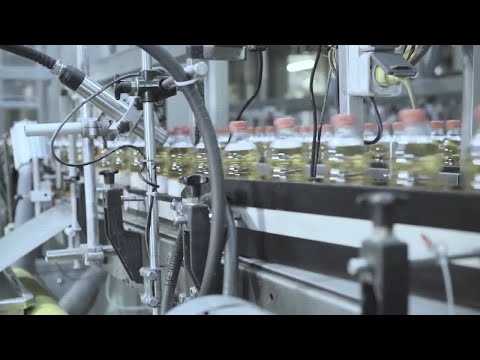 An introduction to Videojet 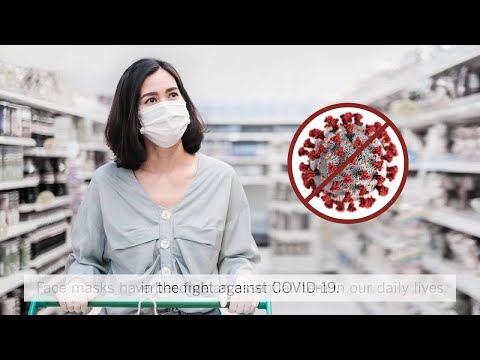 Though the customer was almost 5,000 miles away, they witnessed the FAT in action as if they were on site – thanks to hardware and modern digital solutions.
KOCH Packaging Systems, Inc.
Jun 18th, 2020

The first session of IMA’s virtual event just concluded successfully, while the second one will take place from 10 to 12 June .
IMA Group
Jun 1st, 2020

Upcoming event Jun. 10 and 11 will offer both personalities from the academic world and business leaders in the packaging industry, as well as IMA technology.
IMA Group
May 18th, 2020

Form, fit, and function are met with the design and selection of materials for each application.
Dynamic Conveyor
May 18th, 2020

Available in both automated and semiautomatic configurations, the system is made to fill up to 120 vials per minute.
ESS Technologies
May 15th, 2020

Designed to customer specifications, with a variety of control options, the system detects errors in colour, form, dimension, and position of contents.
Laetus
Apr 15th, 2020

Designed for controlled environments, the system dispenses desiccant into bottles at a line speed of 80-90 bottles/min.
AZCO Corp
Feb 19th, 2020

These configurations increase the scope of products and pack patterns that the CEL5 series can handle.
ESS Technologies
Jan 31st, 2020

Vetter Aligns its Development Service Laboratory Portfolio Under One Roof

Bundling of competencies designed to optimize workflow of customer projects. Further expansion of laboratory space to continue through 2020.
Jan 30th, 2020

To keep up with skyrocketing demand for its collagen powders, Vital Proteins turned to Spee-Dee Packaging Machinery and its rotary filler. It boosted production from 20 to 100 plastic canisters a minute, also improving safety and ease of operation.
Aaron Hand
Jan 16th, 2020
Packaging/Filling

This newest addition to the Starview Group will enable ideas from both business units and continue to produce the most complete and advanced line of packaging machinery in the industry.
Nov 25th, 2019