Live from MD&M BIOMEDigital: a startup, a consultancy, and a large brand owner talk about how interacting with end users changed their medical device and machinery designs.

Keren Sookne
The SentiAR Wearable Command Center is an interprocedural augmented reality (AR) system—with the user interface built off the Microsoft HoloLens—that enables the electrophysiologist to model the heart.

At this week’s MD&M BIOMEDigital, industry experts held a discussion on the role of user centered design (UCD) in next-gen medical product development.

As Tor Alden, global design, engineering and human factors lead at HS Design, Inc., explained, UCD is a methodology that focuses on gaining a deeper understanding of the product end user. It outlines the phases throughout a design and development life cycle in creating a product that fits within the user's environment. Some of the key benefits are:

The panelists discussed how they approached the UCD process in their fields and how it led to success in development.

Aleksandar Vacic, chief operating office and co-founder of Selux Diagnostics, Inc., presented a case in which they were new to UCD. They brought in advisors from HS who started embedding it into their culture and process at the outset of developing the SeLux Dx Next Generation Phenotyping Platform, which aims to transform the treatment of infectious disease by fast-tracking targeted patient therapies within 24 hours. “When done well, UCD can turbocharge your development process. It's really kind of meant for agile development because it brings you closer to the users, and shortens that feedback loop which is very important,” said Vacic.

He noted some key actions that led to their success. From the beginning, when introducing voice of customer studies, contextual inquiries, and usability and formative studies, they encouraged engineering team members to visit the labs, and participate with the end users in real life.

They also hired potential users who were in the clinical labs, bringing on “internal customers.”  This helped in bridging the gap between marketing and development teams. Third, they developed good relationships with industry leaders both for immediate insights but also to have perspective on where the market is headed five years now to stay ahead of competitors.

Three key learnings: Architectural learnings were really important as they had initially envisioned a tabletop system. “As we started interacting with users, exploring their workflows, we realized they want higher throughput, higher capacity, and walk-away capabilities,” said Vacic. They pivoted to a floor-standing, two-floor system to save lab space and footprint.

The second example was in user touchpoints. There’s a lot of potential for use errors in today’s labs as medical technologists are incredibly busy.

“There's a shortage of labor. There's hundreds of samples that need to be processed per day, and they are stretched between different departments,” he explained. “So really the goal is to load the machine and let it run and then move their focus toward results, and sending those results to the people who make clinical decisions: infectious disease doctors and pharmacists.” They decided to reduce the number of reagents, for example, into a single pack that is enough for a full shift’s operations allowing for a 24-hour walk-away system.

The third point was related to aesthetics. They originally used plexiglass to cover the prototype since they had it in the lab. Users were really pleased to be able to see what's going on inside the system. “It helped them create a good mental picture of what's going on, and medical technologists are very curious, very capable,” he said. They worked with Tor’s team to keep the “see-through” capabilities.

The system is now at the tail end of clinical trials. Vacic highlighted how important it was to balance internal requirements with user needs, and looking at all of the stakeholders: medical technologists who use the system, clinicians who use the data generated by the system to make therapeutic decisions, and the financial decision-makers in the hospitals.

Offering a consultant's point of view, Mary Beth Privatera, PhD, principal, HFE/research, HS Design, Inc., presented the SentiAR Wearable Command Center that she worked on for her startup client. The device is an interprocedural augmented reality (AR) system with the user interface built off the Microsoft HoloLens.

“What it enables the electrophysiologist to do is to model the heart, to understand where the catheters are relative to one another and relative to the target nodes. It takes the onerous activity that the physicians have—pulling all of the information on the monitors in the background—into a three-dimensional model with which they can interact and view while their hands are on catheters and they can go ahead and perform their procedure. So it was really something that was unique and different,” she said. Privatera noted that AR is used often in medical training and medical education but in this case, it’s really aimed at use during the case to provide additional information to make the overall procedure safer and more accurate. The system was created by clinician Dr. Jennifer Silva, who worked with her husband Dr. John Silva, a biomedical engineer.

Key learnings: This product required a very collaborative approach with the users. A major challenge they faced was how to even model a system when there's nothing there to touch or interact with. It was so new that they had to interact with clinicians directly to understand their framework. “It's not as if it's a traditional piece of software, or a piece of hardware that's driven by software, where you can take some of the design principles that we know and love—I have 1875 near and dear to my heart,” she said. They had to develop tools so they could get feedback from more clinicians for a broad perspective throughout the design process. The began by observing the various environments to design around. Privatera said, “And one of the big things for this particular product was that there were no two environments that were exactly the same, which meant that we had to pay attention to the contrast of the menu and the display,” to ensure users could view the elements.

They worked directly with the electrophysiologists—and tackle the (seemingly daunting) task of looking at all of the displays, taking all of the 2D information, and putting it into three dimensions. Privatera added, “We're talking about the heart. And we're at a pediatric hospital and we're talking about kids. This is a life or death potential situation,” so accuracy was key.

They had to get in the weeds with the user and simulate things in order to make decisions. Users can interact with the HoloLens with either their hands or their eyes, and in one case, they realized the user had to take their hands off the catheter to interact with the device. “We didn't want that. Getting into some of those tools and simulations can be super helpful, but we have to enable those users to really highlight and say what's going to work and what's not going to work,” she said. They used a combination of methods—including workshops of “multidisciplinary design-by-doing sessions”—to arrive at a design that would translate seamlessly into the operating theater and cath lab. “At the same time, there's a regulatory imperative because we know we have to do user centered design in order to be successful in our submissions,” she said. So they strived for the “right fidelity, the right number of formatives, the right number of explorations so that at the end of the day, when we do our summative evaluation, we can prove and demonstrate that the design actually does what we want it to do.

“In this particular case, it's a wonderful example of something that never existed before that we were able to explore using our knowledge of traditional methods, apply it to this new technology, work with the users… and then revise the design in a very iterative manner, coming up with prototypes and simulations that would reflect it. It’s super important to really hone in on making the user the center of the overall design process, and that's especially true for these next generation devices where you don't really have [an existing model] to go by and you're going to be putting it into situations where they are critical to life, critical to the health and success of the clinical outcome.”

Bringing it to your org

These concepts may be more or less difficult depending on your organization. A larger company may have more resources to devote, but may differ from the consulting or startup side of things in terms of remaining consistent across a large portfolio of products in development.

“I think that what's really difficult is bringing the internal stakeholders along for the ride—the engineering teams, the marketing teams, the quality, and packaging teams and so forth, giving them an opportunity to understand the process,” said John Anastasiadis, director, human factors + design at Smith + Nephew. “Not many companies employ or embrace an official user centered design process. So it's really important to be able to drive that, get the mindset right, and the value into the process.”

Anastasiadis advised attendees to bring designers—whether they're industrial designers, information designers, user interface designers—into the conversation and keep them engaged throughout the process.

He also noted that it’s key to have a “champion of the user” present to make sure that your design intent is carried through to production. Bringing a medical device to life, in order manufacture and commercialize it, there will undoubtedly be tradeoffs and compromises. It’s important to have the designers there to help solve problems as they come up.

“Make sure that you have an understanding of the entire pathway of care. As we're moving into the future here—or maybe we're already living in it… many more users are involved in many more types of devices,” Anastasiadis said. Devices are now including analytics and algorithms with AI. “So it's really important to be able to include all of the designers that are involved in that process, along with the stakeholders within your business to understand that larger image,” he added.

Preventing Use Errors in Packaging and Device Design: Part 2 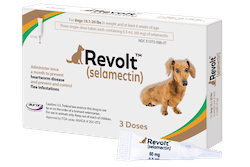 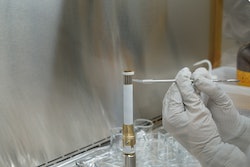 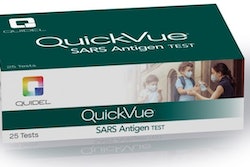