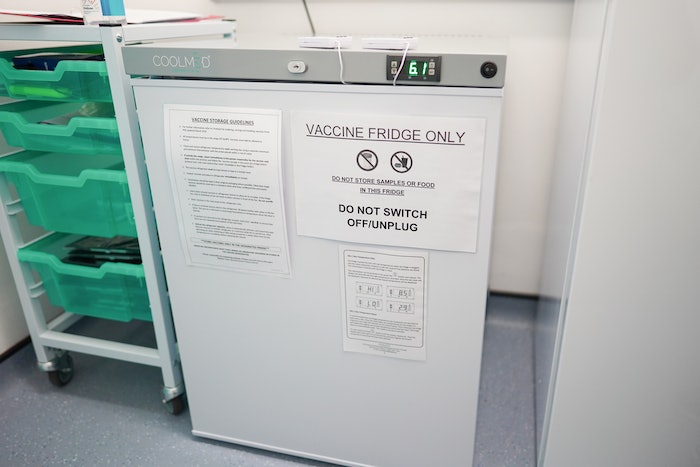 This Q&A is a portion of a longer vaccine logistics podcast with Keren Sookne, covering cold chain capacity, traceability and a lot more. Visit this link to listen to the full episode.

Sean Riley (SR) : The first thing I need to ask—because you see this in all the mainstream news and I don't know if everybody fully grasps it—but how big of a deal is it that the vaccine was available in such a short time?

Keren Sookne (KS): That's a great question. And it's a huge deal. When the news talks about the U.S. being relatively slow to roll out distribution, I think that we need to look at slow as a relative term in the grand scheme of things. This has just been an unbelievable effort by vaccine developers. In all of history, vaccine development has taken decades, in some cases over 50 years, in some cases 100, some things we still don't have vaccines for. And there's a great chart from Our World in Data that illustrates how short a time frame we're truly looking at for developing this vaccine–to have it, not just developed, but through trials and in people's arms when one year ago at this time, many of us, especially in the U.S. didn't even understand the threat at all.

SR: Without delving into politics, can you give an example of a country where the vaccine distribution is going well which we could almost use as a template?

KS: I think one country that I want to point out—and as you said, we're not going to get into geopolitics or healthcare politics—I believe that it's important to look at what Israel is doing. As of this recording, I think they've given the first dose out to just over 23 out of every 100 people in the total population. And that number, I think, is followed by the United Arab Emirates at 15 per 100 of the total population.

It's really important to acknowledge that Israel is a much smaller country, it's smaller in population and geography, and so that is just going to naturally provide fewer logistical hurdles. If you're not multiple plane rides away from your destination as a vaccine, you just have less to go through.

But I do think that the example in Israel speaks to what can be possible with a highly digitized healthcare system. They have four main HMOs that everyone in the population belongs to and that makes it easier to trace who's received a first dose or second dose, and communicate with patients. I think there is certainly a trust factor in the government and their healthcare system that really helps. They worked on public information campaigns early on to make sure that there was transparency and that they could trust what they were receiving. So, I do think that highly centralized database and information makes a difference compared to countries that generally have much more fragmented healthcare systems.

Something else that's interesting about Israel that we might want to keep an eye on moving forward is that, because they have the centralized database, they're also following adverse events in a database. This may bode well for post-marketing surveys on effects if there are any from people who have received it. Obviously, it's a huge concern, both in the medical and public sectors when you develop something quickly, people want to know about what are the adverse events.

SR: The bigger thing then is that they have this centralized database. And again, I'm not trying to stir a hornet's nest or anything, but what's the reason for not having that, like say, here in the US?

KS: I think it's partly political. And we have 50 different states, too.

SR: Right. We're just so massive and there's so many different states doing different things that there's not a centralized system. Is it even a matter of, we just have so much on paper from so many years?

KS: I do think that that is still definitely an issue. I know that we don't have the most digitized health records out of all countries in the world. So, I think that certainly plays a role. One other thing is that because in Israel, there are just these four health systems, they feed their data into the Ministry of Health. So the Ministry of Health has all the information for the country on how many cases there are and things like that. We do have a CDC and HHS here of course, and we do have data, but at the same time, I think the fact is that it's all of their data feeding from basically four sources. It's a completely different situation here in the U.S.

SR: What about some of the most unexpected news that you've come across as part of this? I know we’ve touched on how food cold storage has learned from healthcare previously. Has there been anything where food storage has kind of helped out during this or helped healthcare in general during the vaccine rollout?

KS: Yeah. So, I think you might've even asked me this when I was first on the podcast in the summer, and I didn't have a great answer for you yet, but we were talking about, what sort of crossover is there? How can foods in essence help this vaccine situation? And there's actually a pretty cool consumer-facing article from Popular Science back in December talking about the ice cream company Dippin' Dots, how can it teach people about the pharma cold chain?’ If listeners don't know Dippin' Dots are those fun, little ice cream dots that you get at baseball games, amusement parks, and stuff like that. They ship their products at -45 Celsius. I think it's interesting to see that Dippin' Dots can help people understand the vaccine and show, in essence, the right way to go about it just because they have established protocols (and it's a relatable product).

They're very well-versed in monitoring the dry ice supply and we’ve seen a growing concern about dry ice shortages. Working with dry ice also includes worker safety protocols for pack-out and anyone interacting with the product. They monitor shipments en route and use a third party replenish dry ice if needed, which is something that the pharma industry has been doing for years as well. I think also what's interesting is that they've sold two of their Dippin' Dots freezers specifically for vaccine efforts. There have been a few issues as these ultra cold freezers are typically leased, and they won’t be needed forever. It's just for this vaccine effort. So, there's actually more hurdles on the business side and what do we do with this freezer after, when it comes back and it's held vaccines, we don't want to necessarily put ice cream in it, etc.

For Part 2, visit this link or listen to the full podcast here.

The logger offers wireless RF Connectivity up to 100 feet, and a light sensor to detect and log if a package is opened.
Cryopak
Nov 25th, 2021

Adjacent to the Schiphol Airport in Amsterdam, the facility will include a CAR-T cell storage suite and a freezer farm of 300+ Stirling Ultracold ultra-low temperature ('ULT') freezers for temperature-sensitive biologic material.
BioLife Solutions, Inc.
Nov 2nd, 2021

From fossil carbon to harvested carbon: a new alternative to EPS is poised to transport goods including healthcare, food, and protective packaging while cutting water and greenhouse gas use in manufacturing.
Keren Sookne
Jul 7th, 2021
More in Cold chain/temperature control

The company will offer its 50 years of experience to the life sciences industry in Latin America.
Cold Chain Technologies
Jun 16th, 2021

Designed to preserve medications and food delivered to consumers and save retailers millions in contactless delivery, the product appeared on Shark Tank on April 2.
Keren Sookne
Apr 6th, 2021