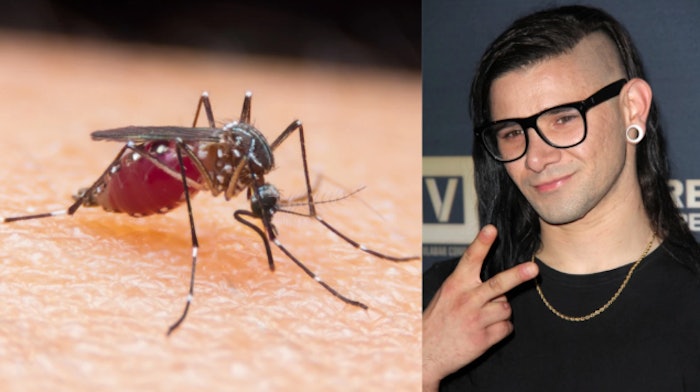 I have to admit when I first came across this headline, I assumed it was an April Fools’ joke. Apparently I was wrong. A recent CBC article discussed a new study conducted in Asia that examined the effects of dubstep electronic music on the mosquito that causes yellow fever. Specifically, the researchers played Scary Monsters and Nice Sprites, a Skrillex song that contains a mix of particularly high and low frequencies.

The results found that mosquitos exposed to the music were four times slower to go for blood than the control group. In addition, the mosquitos in the music environment reproduced less often than those in a quiet atmosphere. Will this study give you an interesting anecdote at your next dinner party? Absolutely. Will this method overshadow Bill Gates’ genetically engineered mosquitos designed to fight malaria in Africa? Unlikely.