Live from Healthcare Packaging EXPO: What the heck is Industry 4.0?

Optel Group discussed the buzzword Industry 4.0 and how traceability can build trust and visibility throughout the supply chain.

When Optel Group’s Hugues Foltz asked The Innovation Stage audience who had heard of Industry 4.0, not a single hand was raised. He went on to explain that Industry 4.0 refers to the fourth industrial revolution. Consider this timeline:

1784: mechanization powered by water and steam contributed to the first mechanical loom.

1969: Computers and automation contribute to the first programmable logic controller.

Industry 4.0 actually began as “Industrie 4.0” and was the German government’s high-tech strategy to promote the computerization of manufacturing. This included things like 3D printing, big data analytics, augmented/virtual reality, and autonomous transport systems like Tesla. It is essentially the application of cutting edge technology to propel manufacturing capabilities into the future. Foltz’ speech focused on how serialization and traceability are vital to Industry 4.0 as they generate a massive amount of data that can be leveraged.

80% of companies expect data analytics will have a significant influence on their decision-making processes in the next five years, and the U.S. and Europe need it in order to keep pace with China. Another term Foltz mentioned was “Made in China 2025,” a plan introduced in May of 2015 aimed at seizing the moment when manufacturing joins Industry 4.0 to propel China as the undisputed leader in high-tech production.

The presentation ended with the promotion of an event centered on these concepts called Industry 4.0 Think Tank. For those interested, it will take place January 31 – February 1, 2018 in Chicago. More information can be found here. 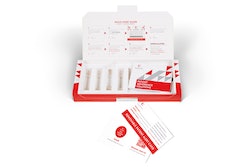 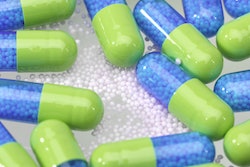