Prosecutors claim Teva misled the American public about the true dangers of opioids including addiction and death. 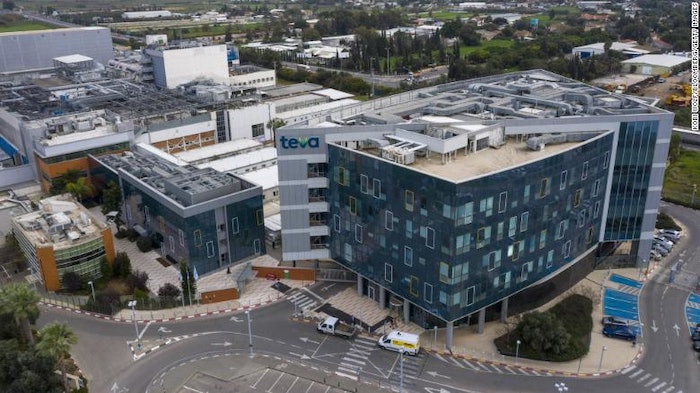 A recent CNN article discussed the landmark trial in New York claiming that Teva Pharmaceuticals contributed to the decade-long opioid epidemic in the United States. Another trial will be held to determine how much Teva and the other parties involved in the lawsuit will pay, which will be added to the $1.5 billion already negotiated for the state of New York from other opioid manufacturers and distributors.

The conclusion of this trial marks the end of New York Attorney General Letitia James’ lawsuit against a number of pharmaceutical companies involved in the manufacture, distribution, and sales of opioids. Teva maintains its innocence, and noted the company plans for a “swift appeal” to continue its pursuit of a mistrial.

Testing for the virus has been challenging for blind people, but there are options to modify tests to accommodate.
Tim Hayes
Jan 24th, 2022

The test analyzes chemical levels in a strand of a child’s hair to predict their chances of having autism.
Tim Hayes
Jan 21st, 2022

Which Is Better: Hand Transplant or Prosthetic?

Researchers have developed a way to continuously track hand and arm movements to improve personalized treatments for amputees.
Jan 20th, 2022

Florida Governor Ron DeSantis said that the tests were not distributed due to low demand from citizens.
Tim Hayes
Jan 18th, 2022

The industrial robot can read a human co-worker’s mind with 96% accuracy to know when they need a tool or component.
Tim Hayes
Jan 13th, 2022

Though there are hundreds of FDA-approved COVID-19 tests, there are just as many counterfeit products on the market.
Tim Hayes
Jan 12th, 2022

This Nasal Spray Could Halt Dementia

A Permanent COVID-19 Vaccine is in Development

The innovative vaccine not only provides lifelong immunity, it can also be transported at room temperature.
Tim Hayes
Jan 3rd, 2022

This Implantable Chip Could be Your COVID Vaccine Passport

The discovery could lead to a new method for treating epilepsy in children with autism by injecting a protein into their spinal fluid.
Tim Hayes
Dec 22nd, 2021

The team hopes the vaccine can be applied to the treatment of arterial stiffening, diabetes, and other age-related issues.
Tim Hayes
Dec 16th, 2021

A team of researchers at McGill University developed a synthetic tissue that could change regenerative medicine.
Tim Hayes
Dec 13th, 2021

The FDA-approved therapy is associated with a 69% reduction in Alzheimer’s disease incidence.
Tim Hayes
Dec 10th, 2021

The drug is attracted to ovarian cancer tissue and illuminates under fluorescent light to pinpoint cancer.
Tim Hayes
Dec 9th, 2021

Researchers from three institutions collaborated to create living robots, and now they can reproduce on their own.
Tim Hayes
Dec 8th, 2021