The Future is Here With Fully Artificial Heart Transplants

The total artificial heart was developed in France and is approved for use in Europe. 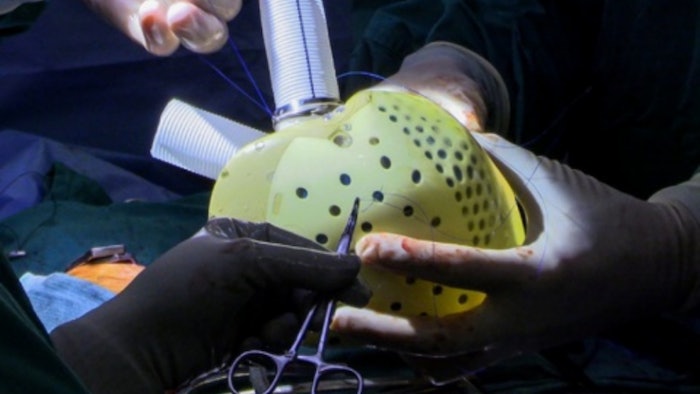 According to a recent Interesting Engineering article, a team of Duke University doctors transplanted a total artificial heart (TAH) for the first time in the United States. The recipient was a 39-year-old man who suffered sudden heart failure. What’s the difference between this TAH and traditional artificial hearts? Apparently the former closely mimics the function of the human heart and offers more post-op freedom and independence for the patient.

The TAH runs on external power and contains four chambers, just like a real heart. Its heartbeat is the product of an actuator fluid that the patient carries in a bag , and the heart pumps via micropumps that work as needed according to sensors and microprocessors on the TAH. The device is only meant to bridge the time from when a patient is diagnosed with end-stage biventricular heart failure and the time they can undergo a heart transplant. The recipient of the artificial heart is in stable condition.