It helps strengthen the muscles around the tongue to reduce snoring. 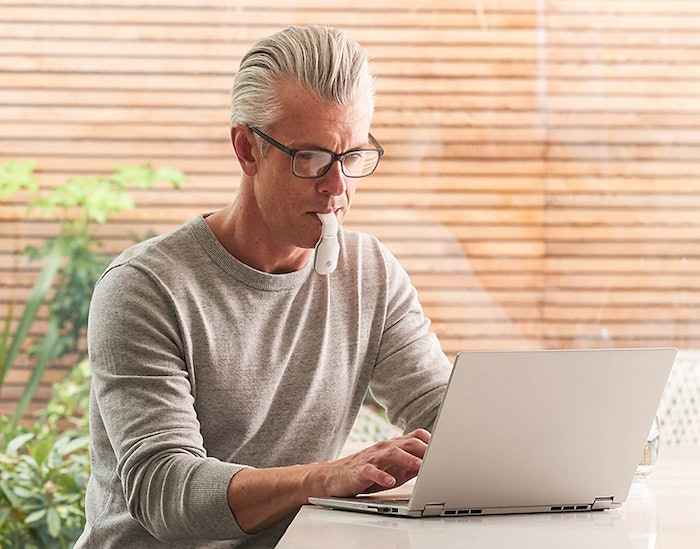 It’s infuriating how snorers sleep so soundly while keeping everyone in their vicinity awake, right? Well according to a recent Medgadget article, the FDA just approved a device that aims to help the millions affected by obstructive sleep apnea and the countless frustrated people within earshot. It’s called the eXciteOSA from Signifier Medical Technologies, but was previously called SnooZeal.

It consists of a mouthpiece with four electrodes positioned around the tongue that deliver electrical muscle stimulation that strengthen the muscles over time. The suggested treatment takes 20 minutes a day for six weeks, and then weekly sessions after that. So if you’re looking for a passive-aggressive gift for the snorer in your life, pick up an eXciteOSA!