The newly-approved device was designed to address impacted earwax. 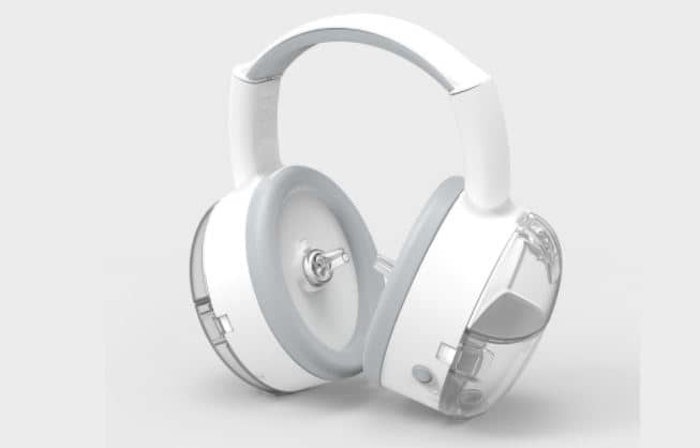 Having excess earwax in your ears is not only a gross feeling, it can also seriously affect your hearing. Yes, your ears do need earwax for protection, but no one wants visible earwax in their ear canal. According to a recent Medgadget article, it’s time for the humble Q tip to move over; there’s a new ear-cleaning device coming to market.

SafKan Health’s OtoSet ear cleaning system consists of headphones with irrigation and suction tips inside. They spray water onto the ear canal walls and simultaneously suck out the residue, which is collected in a disposable built-in container. The entire treatment takes just five minutes, and clinical studies have proven the OtoSet was able to remove severe earwax impactions. According to SafKan, a consumer version will soon be available as well.

The new treatment could be a potential alternative to surgery and is “a holy grail of dermatology.”
Tim Hayes
Feb 23rd, 2021

The latest smart patch is a stop on the road to an all-in-one health monitor.
Tim Hayes
Feb 19th, 2021

It helps strengthen the muscles around the tongue to reduce snoring.
Tim Hayes
Feb 18th, 2021

The device takes stress-free, pain-free measurements and relays them to an app.
Tim Hayes
Feb 9th, 2021

Are Freeze-Dried Vaccines the Future?

The UFC is working with Johns Hopkins to see if psychedelic studies could help with brain issues.
Tim Hayes
Feb 3rd, 2021

The device intended to save lives is linked to 14 deaths and 200 malfunctions.
Tim Hayes
Feb 2nd, 2021

Looking to Improve Your Warehouse? Here are 30 Ideas!

Take a look at ways to optimize efficiency in your warehouse from our in-house experts.
Tim Hayes
Jan 29th, 2021