The latest version of Merck’s human papilloma virus vaccine has a new official use. 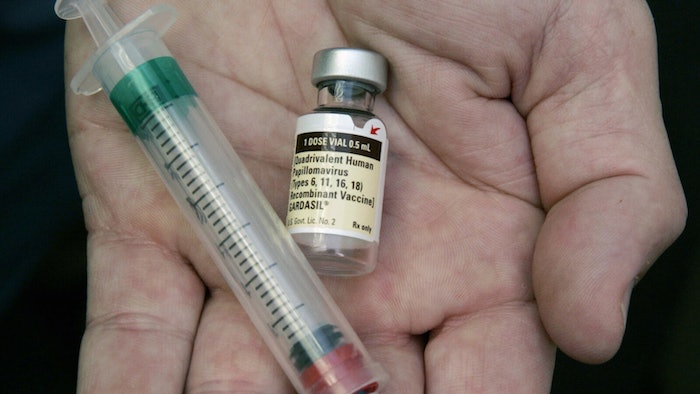 According to the Centers for Disease Control and Prevention, head and neck cancer affects 13,500 Americans each year, and is the most common malignancy caused by HPV. A recent STAT News article noted that the disease can now be prevented with the same vaccine that prevents HPV. For the past decade, evidence has suggested this might be the case, but the FDA just made it official, granting accelerated approval for Merck’s Gardasil 9.

The pandemic has generated a lot of disposable mask waste, but they just may go to use.
Tim Hayes
Mar 8th, 2021

The Pandemic Has Helped Kill the Flu

The new psychedelic clinic is the result of decades of research and trial studies.
Tim Hayes
Mar 4th, 2021

The contact lenses also feature a rose tint, which could give wearers a more positive perspective.
Tim Hayes
Mar 2nd, 2021

The latest smart patch is a stop on the road to an all-in-one health monitor.
Tim Hayes
Feb 19th, 2021

It helps strengthen the muscles around the tongue to reduce snoring.
Tim Hayes
Feb 18th, 2021

Is This Drug the Future of Weight Loss?

A drug marketed for Type 2 diabetes could change the way we treat obesity in the future.
Tim Hayes
Feb 17th, 2021

The device takes stress-free, pain-free measurements and relays them to an app.
Tim Hayes
Feb 9th, 2021

Are Freeze-Dried Vaccines the Future?

The UFC is working with Johns Hopkins to see if psychedelic studies could help with brain issues.
Tim Hayes
Feb 3rd, 2021

The device intended to save lives is linked to 14 deaths and 200 malfunctions.
Tim Hayes
Feb 2nd, 2021

Looking to Improve Your Warehouse? Here are 30 Ideas!

Take a look at ways to optimize efficiency in your warehouse from our in-house experts.
Tim Hayes
Jan 29th, 2021