Researchers discovered enzymes in the gut capable of converting type A blood into a more universally accepted type. 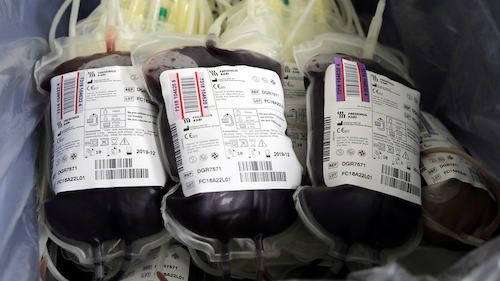 Hospitals in America go through 16,500 liters of donated blood each day for emergency surgeries, operations, and transfusions, but it all hinges on compatible blood. A recent article from Science Magazine gave hope for a universal blood type that could revolutionize blood donation and transfusion. Researchers analyzing human gut bacteria discovered microbes that produce two enzymes that can convert type A blood into a more universal type.

Antigens are sugar molecules on the surface of blood cells that determine blood type. If the wrong blood is transfused into a patient, it can cause their immune system to attack the cells. Scientists have tried stripping cells of antigens to mimic type O blood, which lacks antigens and is universally accepted, but with limited success. The new method, from a team at the University of British Columbia in Vancouver, uses microbes that latch onto the gut wall and “eat” the sugar-protein combinations called mucins that are similar to the blood type determining antigens found on red blood cells.