Researchers are working to develop a universal vaccine to address all illnesses transmitted by mosquitos. 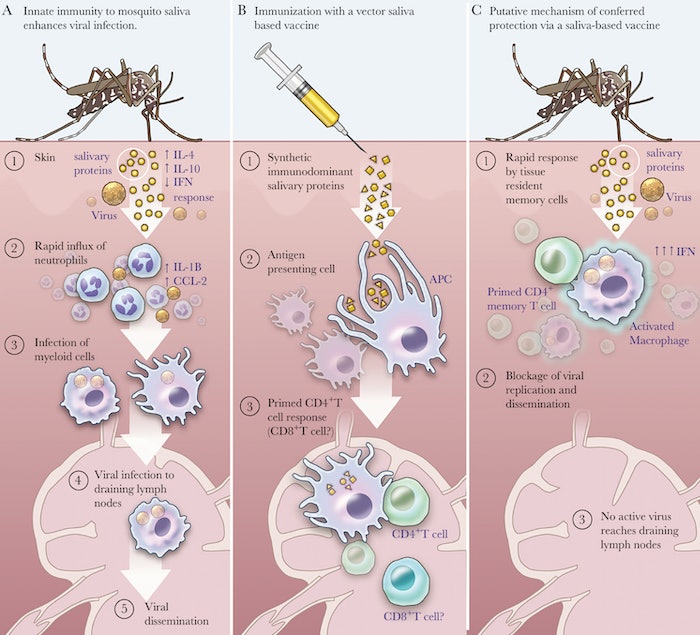 Not only do mosquitos annoyingly haunt picnics and hikes in the summer, they also carry a laundry list of microbes including viruses and parasites. According to a recent article from the American Council on Science and Health, the NIH’s Dr. Jessica Manning and her team are working to create a vaccine that spares the diseases and focuses on the mosquito instead.

When a mosquito bites, its saliva triggers an immune response sending neutrophils and other cells to the scene, all of which are prone to infection and could spread it throughout the body. Dr. Manning believes vaccinating people against mosquito saliva can prevent this, and elicit a response from T-cells and macrophages rather than neutrophils. This would not only destroy the saliva, but also any viruses that may be carried by the insect before they reach the lymph nodes.