The U.S. Food and Drug Administration’s classification of MDMA as a “breakthrough therapy” could lead to faster approval. 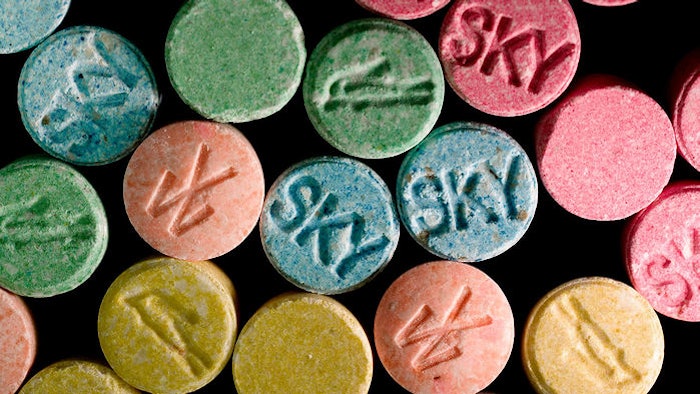 3,4-methlyenedioxymethamaphetamine, better known as MDMA or ecstasy, has a reputation for being a party drug, but may soon have a practical medical application thanks to a new classification from the FDA. According to an August 26th Science article, the drug was designated a “breakthrough therapy” to treat posttraumatic stress disorder (PTSD). The regulatory agency also gave the green light to two phase III studies of MDMA for PTSD funded by the Multidisciplinary Association for Psychedelic Studies (MAPS). The trials will cost roughly $25 million; if MAPS can raise the money, the trials could begin as soon as spring 2018 and finish by 2021.

A breakthrough therapy classification means there’s preliminary evidence that the drug offers substantial improvement over other options for a serious health condition. In the past five years, the FDA has granted nearly 200 drugs the status, which means they aim to help develop and review the treatments faster than others. For patients suffering from PTSD, traumatic memories are sparked from sensory triggers such as sounds or smells. “The disabling element of PTSD is the fact that when the memory tarts, the emotions completely override you and overwhelm the brain,” said David Nutt, a neuropsychopharmacologist at Imperial College London. “It’s been obvious for 40 years that these drugs are medicines. But it’s a huge step in acceptance.”