Scientists have developed a blood test that can detect plaques of beta-amyloid building up in the brain, an indication they could develop Alzheimer’s disease. 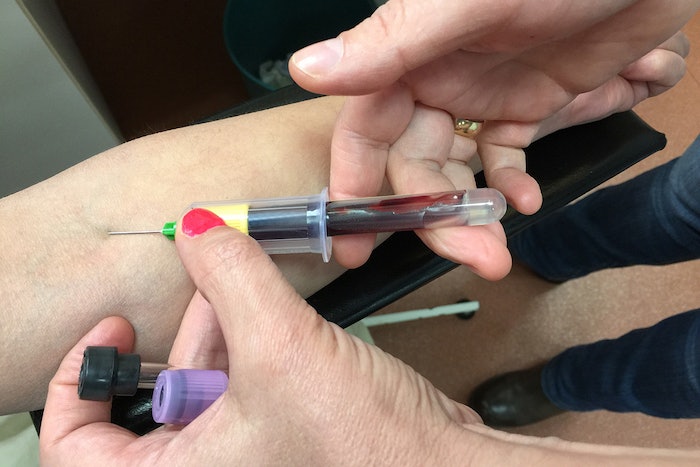 People suffering from Alzheimer’s disease typically have sticky clumps of beta-amyloid in their brains. No one knows what part these plaques play in the disease, but their presence is linked to it. Until now, the only to monitor the plaque build-up was through spinal taps or expensive PET-scans. However, a recent New Scientist article reported that a team at Washington University in St. Louis has developed a simple blood test that can screen for Alzheimer’s as part of a routine physical.

Although there is currently no drug that treats Alzheimer’s, early detection is vital. This test enables doctors to identify those at risk for the disease and begin treatment before memory loss and brain damage occur. It works by measuring relative amounts of different forms of beta-amyloid, an indication of whether plaques are likely to accumulate in a person’s brain. In theory, the test can give peace of mind to those not at risk, and give those at risk a fighting chance.