Verily, Google’s life sciences arm, is introducing millions of mosquitos to the ecosystem in Fresno, CA in hopes of wiping out Zika. 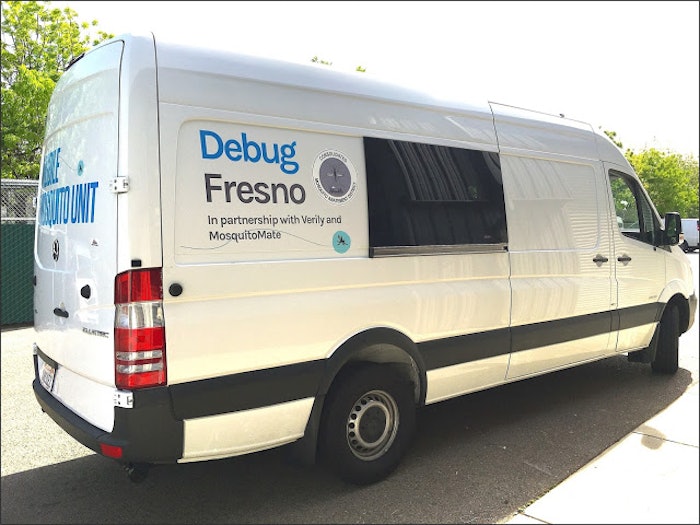 A recent TechCrunch article discussed a new plan hatched by Verily to wipe out a potential Zika-carrying mosquito population. The concept, dubbed the Debug Project, was announced last October, and is now launching in Fresno, CA. The field study targets the invasive Aedes aegypti mosquito that first appeared in the central valley of California in 2013 and is capable of transmitting diseases like Zika, dengue, and chikungunya.

The Debug Project’s male mosquitoes are lab-made and infected with the Wolbachia bacteria, which is benign to humans. However, when the mosquitoes mate with and infect their female counterparts, their eggs become incapable of producing offspring. Since male mosquitoes don’t bite, residents of Fresno likely won’t notice. Verily vans driving around the Fresno area will release 1 million mosquitoes a week over a 20-week period.