A judge may block Arkansas’ seven upcoming executions due to suppliers claiming the drugs aren’t intended for lethal injection. 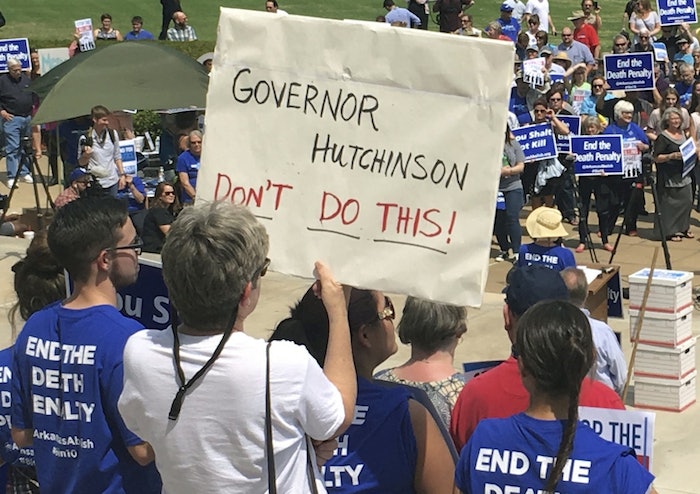 According to a Washington Post article, Arkansas uses three drugs are used for capital punishment: midazolam to sedate the inmate, vecuronium bromide to stop breathing, and potassium chloride to stop the heart. The state of Arkansas plans to execute seven inmates before the end of the month, when its supply of midazolam expires. However, the state has received a tremendous amount of backlash from protestors hoping to spare the inmates, including actor Johnny Depp and a former Arkansas death row inmate. Even the drug companies are involved now.

Pfizer claims their distributor, McKesson, sold vecuronium bromide to the Arkansas Department of Corrections without their knowledge, despite the company's firm stance against capital punishment. McKesson released a statement offering to reimburse the state if the drugs were returned, but the drugs were never returned. The company claims Arkansas “intentionally sought to circumvent McKesson’s policies” and that the vecuronium bromide was purchased “under the auspices that it would be used for medical purposes.” McKesson is now considering “all possible means” to get the drugs back, including legal action. There hasn’t been an execution in Arkansas since 2005 due to drug shortages and legal hurdles.