As rival epinephrine injectors catch up and drive prices down, EpiPen is on track to lose $800 million in sales by 2018. 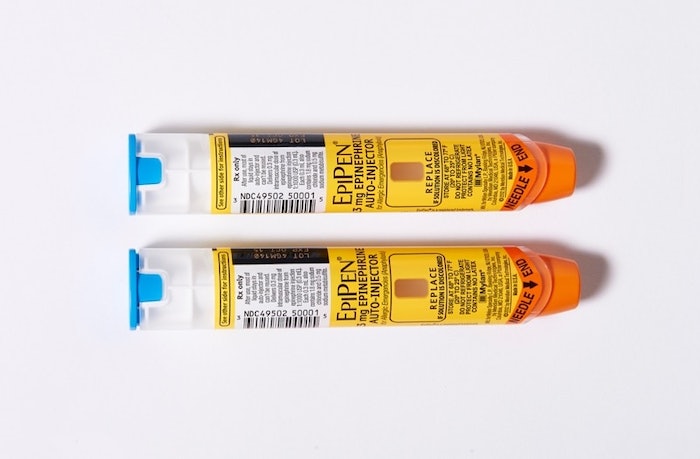 A January 9th FiercePharma article says the aggressive price hikes on Mylan’s EpiPen could be coming back to haunt them. Bernstein analysts believe the injector is on track to do just $300 million in sales in 2018, down from an estimated $1.1 billion in 2016. Kaleo’s Auvi-Q is set to launch in the first half of 2017, and Adamis has re-filed its potential rival after an FDA rejection caused Teva to ditch the rights.

However, Mylan isn’t necessarily backing down; they launched an authorized generic at half the price last month. And as Bloomberg noted, Mylan is planning to offer EpiPens through its own pharmacy in an effort to eliminate the middlemen CEO Heather Bresch blames for the price increases. Mylan is also lobbying for “entity prescription” that would allow public places like restaurants and parks to purchase and store EpiPens.