Healthcare Packaging columnist Dirk Rodgers says what’s needed is a group to perform an analysis that would point the way toward fixing the actual problems we have in the U.S. today and show how that would be accomplished. 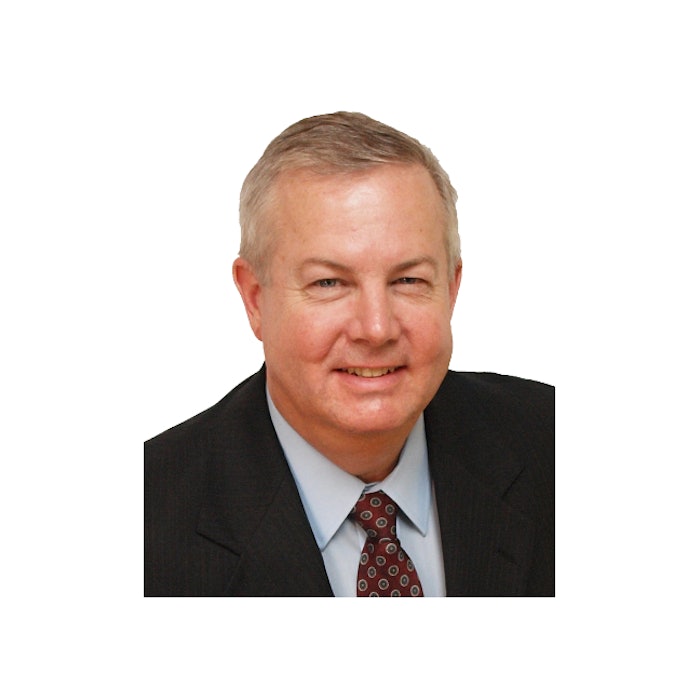 I’ve been reading the Institute of Medicine (IOM) report called “Countering the Problem of Falsified and Substandard Drugs” that was published recently. At 360 pages, it is quite literally a book, and you can buy it that way. But they also allow you to download the “Pre-publication Copy: Uncorrected Proofs” version in a 300-page PDF for free.  I’m not sure why they would post uncorrected proofs rather than the final document on their site but I assume the text is in its final edited form and only the formatting might be different between the book and the PDF. I hope so anyway.

I have not yet read the whole thing, so this isn’t intended to be a proper review The document offers committee recommendations that target the problem of falsified and substandard pharmaceuticals on a global basis and I generally focus my writing on the finished goods pharmaceutical supply chain in developed countries, primarily the U.S., so I skipped around and only skimmed chapters that focus on the problems in developing countries.

I paid particular attention to Chapter 5, “Weaknesses In The Drug Distribution Chain,” because it includes a discussion of the problems and potential solutions closest to my area of expertise. That chapter covers weaknesses in the supply chains of developed and developing countries. You have to read very carefully, though, because sometimes they switch between developed and developing countries so fast that you need to carefully parse the sentences to keep it straight. Casual readers may get confused by this mix and assume that the magnitude of the problem in developed countries is nearly as bad as it is in developing countries. I think the authors would agree that this is not the case, so I wish they had been a little more careful.

For example, in the section, “The Wholesale System,” the first paragraph explains the difference between primary, secondary, and regional wholesalers, mentioning the U.S. Here is the second paragraph: “As Figure 5-1 suggests, the distinction between the primary and secondary wholesalers is not always clear. Primary wholesalers may, for example, buy products from secondary wholesalers as well as manufacturers (Ziance, 2008). The back and forth sales are common among drug wholesalers, who buy and sell medicines to accommodate market demand. That is, when they see a medicine is scarce in one region, they can buy the same medicine from other wholesalers that may be flush with it. The markets are constantly fluctuating; products change hands many times.”

This paragraph is describing a practice that I understand is quite common all over the world, but by comparison is practiced only on a very tiny scale here in the U.S. since about 2006. The authors are either describing what happens outside the U.S. or they are describing a weakness that used to exist here until the three large primary wholesalers agreed to shut down their secondary market trading companies and agreed to only buy direct from the drug manufacturers. That reduced the problem by about 90% in the space of a single year.

In the fourth paragraph in that section the authors say: “Wholesalers may sell and resell medicines repeatedly among themselves before filling a pharmacy order. Wholesalers often repackage products with every sale, or at least repackage individual containers for final sale (Catizone, 2006; Laven, 2006). Through a process called salting, legitimate and fake drugs are mixed at wholesale, and in the wholesale repackaging, the fake products gain authentic labels (Donaldson, 2010a; Liang, 2006).

Salting can be done unknowingly, such as when primary wholesalers buy from other intermediaries, accidentally launder fake products, package them in authentic labels, and send them to pharmacies (Spies and VanDusen, 2003). In repackaging the manufacturer’s expensive fraud-protection packaging can be removed, and batch numbers reprinted (Satchwell, 2004). Not only does this interfere with tracking requirements, but it leaves the wholesaler repackagers with clean, unused packaging that is not always destroyed (Satchwell, 2004).”

Are they still taking about the United States? I thought so. The last country they mentioned was the U.S., but this is a pretty bad representation of what goes on in the U.S. supply chain today so I assume the authors are describing what goes on elsewhere. In fact, such a tiny percentage of drugs in the U.S. are repackaged by legitimate wholesalers that it wouldn’t even register in comparison to drugs in the E.U., for example, where wholesaler repackaging is a widely used and accepted business practice. The tiny fraction repackaged in the U.S. are done under the same FDA oversight that the original manufacturer is under and there is nothing nefarious about it. What this paragraph is apparently describing is the historical actions of criminals who, unfortunately, were issued drug wholesaler licenses by a few states back in the early 2000s, not normal practices by the industry.

Attributing the actions of criminals as if they were standard operating procedure within the industry, and then using them as the basis for recommending national and global policy is inexcusable. In fact, falsified medicines are very rare in the U.S. legitimate supply chain today.

In the fifth paragraph, a fact is embellished so badly that it raises questions about the quality of the author’s research. Most of the facts included in this story of the boy who was killed by falsified Epogen fit the well-known case of Timothy Fagan as documented in Katherine Eban‘s great book, “Dangerous Doses.” Those facts include the timing, the location, the drug, the trades by secondary wholesalers (criminals, I might add) and even the strip club. The Fagan case was a very scary and a particularly egregious example of the real problems that existed in the U.S. supply chain in the early 2000s. It quite rightly was one of the cases that led Elliot Spitzer, Attorney General of New York, to bring actions against legitimate drug wholesalers for participating in the grey market back then, which unintentionally opened the door to exploitation by true criminals.

It’s just that, Fagan didn’t die. If there were another case with these facts where the boy died, I think I would have heard about it and I think Eban would have written about it, so I can only conclude that this is an inflation of the facts to make the story even more compelling. Either way, so many things have changed about the operation of the supply chain that this sequence of events would not even be possible today…since 2006! That makes the whole story completely irrelevant to the discussion today.

One of the committee recommendations that arises from the global supply chain discussion is this: “Recommendation 5-2: Congress should authorize and fund the U.S. Food and Drug Administration to establish a mandatory track-and-trace system. In the interim, the FDA should convene a working group of stakeholders including the International Federation of Pharmaceutical Manufacturers and Associations and the Generic Pharmaceutical Association to promote voluntary track and trace for all supply chain actors in accordance with existing guidance.”

As part of making this recommendation the authors say: “Tracking pharmaceuticals through the global distribution chain with unique serial numbers is a good defense against criminal infiltration. A method of tracking individual packages of medicines from the factory to the consumer could greatly reduce the chances of a dangerous product being sold at a reputable pharmacy.”

First of all, we already have “voluntary track and trace” and you can see how widely that’s been adopted. More importantly, the establishment of a mandatory track-and-trace system may or may not be the right thing for Congress and the FDA to do, but this chapter fails to explain exactly how it would “greatly reduce the chances of a dangerous product being sold at a reputable pharmacy” in the U.S.—even after the authors’ use of inflated facts from the early 2000s and those from other countries. On top of that, the authors demonstrate a poor understanding of the current state of serialization and track-and-trace technologies. You can’t just write about the problems from 10 years ago, then write about some technology and then claim that it will solve today’s problems without explaining how.

The intentions of the IOM Committee are obviously good. Their recommendations for action outside the U.S. might be right on, I can’t vouch for those either way. But what we need right now is for a reputable group that really understands the history and current state of the industry, the crimes, and the technology, to perform an analysis that would point the way toward fixing the actual problems we have in the U.S. today and show how that would be accomplished. Perhaps they could make realistic recommendations that follow directly from their findings. I’m very sorry but for the U.S., the IOM paper isn’t it.

—Dirk Rodgers, who contributed to Healthcare Packaging’s Pharmaceutical Serialization Playbook, is an independent consultant and founder of RxTrace. He has contributed to many industry groups that have been formed over the last 10 years to investigate solutions to the problem of counterfeit and other illegitimate drugs in the legitimate supply chain. He served as co-chair of a number of key technical work groups in GS1 and GS1 US. These include the original GS1 EPCglobal Drug Pedigree Messaging work group that created the DPMS pedigree standard, the Network Centric ePedigree (NCeP) work group, and the RFID Barcode Interoperability Guideline work group. Rodgers holds a BS in Electrical and Computer Engineering from the University of Wisconsin-Madison.‘RxTrace’ is copyrighted by Dirk Rodgers Consulting, LLC—all rights reserved.