New Suntan Drug Gets the Effect Without the Damage 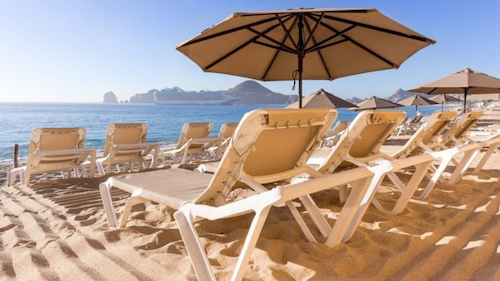 Most covet the healthy look of a good tan, but the means to achieve it are dangerous. UV radiation from the sun and UV light from tanning beds damage the skin, triggering a chain of chemical reactions that result in dark melanin, or “nature’s sunblock.” It’s actually the leading cause of skin cancer. But don’t fret: a recent BBC article noted that researchers have developed a drug that mimics sunlight to produce a tan without the harmful effects of UV radiation.

However, the team isn’t motivated to create a new cosmetic. “Our real goal is a novel strategy for protecting skin from UV radiation and cancer,” said Dr. David Fisher. The drug is applied topically to the skin and activates the production of dark pigment, which is associated with a lower risk of all forms of skin cancer. Sunscreen is effective in blocking UV rays, but its weakness is that it keeps you pale. The scientists aim to combine their drug with sunscreen for maximum projection from solar radiation. Oh, and it even works on redheads!

Retailers trying to deliver on customer demands for convenience do not want the need for refrigeration to hamper the amount of nutraceuticals they can carry, says a new PMMI study.
Jim Chrzan
Aug 23rd, 2019
More in Nutraceuticals/functional

Following advice from a health panel, France will stop funding homeopathic pills and tinctures at the start of 2021.
Tim Hayes
Jul 18th, 2019

Co-Creator of Method and Olly Disrupts the First Aid Category

FDA Says Weight Loss Supplement Could Cause a Miscarriage

The Agency warns that an ingredient in certain weight loss and energy supplements may lead to a miscarriage.
Tim Hayes
Jun 11th, 2019