A new transcatheter from Abbott Laboratories is the smallest device approved for pediatric patients. 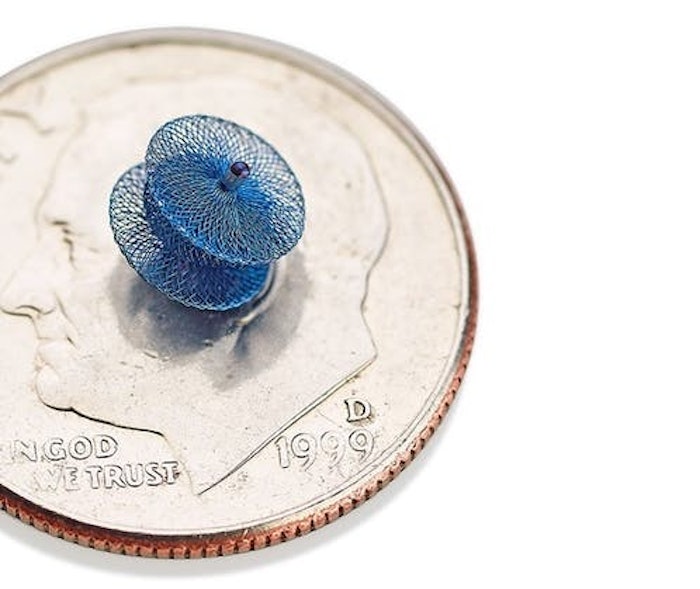 After birth, a baby’s circulatory system undergoes changes as it begins to pump blood on its own. If the baby is born premature, a complication known as patent ductus arteriosis can occur in which a temporary conduit between a major artery and a major vein fails to close properly. A recent Star Tribune article reported on a new treatment option for the condition, the Amplatzer Piccolo Occluder from Abbott Laboratories.

The tiny device is just a tad bigger than Roosevelt’s ear on a dime, and it’s the first FDA approved heart device for infants as small as 2 pounds. The device is a permanent implant composed of braided wire that gets covered with a thin layer of cells to plug the gap in the heart. It was originally developed at St. Jude Medical in Minnesota, which was purchased by Abbott in 2017.