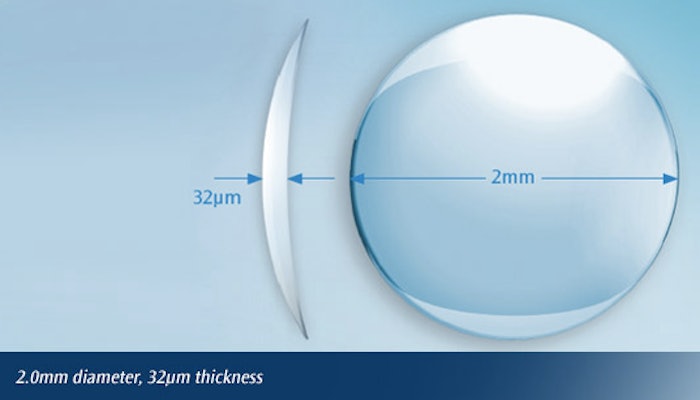 On June 29th, the FDA announced the approval of a new medical device that’s inserted into the cornea of the eye to correct presbyopia, a normal symptom of aging that inhibits the eye’s ability to change focus. Raindrop Near Vision Inlay, created by Revision Optics, is a microscopic hydrogel inlay that’s shaped like a normal contact lens, but smaller than the eye of a needle. The device is intended for patients 41 to 65 years old who are unable to focus on near objects or small print, and who have not had cataract surgery.

A clinical trial to test safety and effectiveness of Raindrop was conducted on 373 subjects implanted with the device. Two years after implantation, 92 percent of patients had 20/40 vision or better at close distances with the implanted eye. The device is implanted by creating a flap in the cornea using a laser, then inserting the device and returning the flap to its original location. The FDA announcement points out that Raindrop is not for everyone, and there are some risks associated with the procedure.