Researchers have developed the first-ever robotic arm that can continuously track and follow a computer cursor controlled by thought. 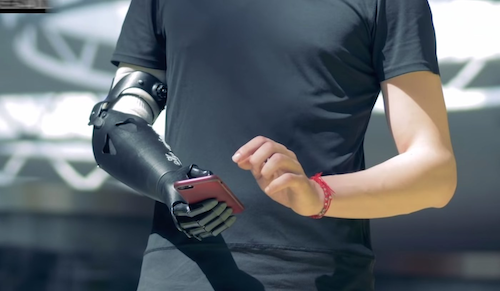 A recent Good News Network article reported on the latest technological feat in the prosthetic limb space. A team of researchers at Carnegie Mellon University and University of Minnesota used a noninvasive brain-computer interface (BCI) to control a robotic arm. The key word there in noninvasive. Until now, BCIs have only been successful in controlling robotic arms with the help of invasive brain implants, which are expensive, difficult to surgically install, and risky. The new noninvasive technology will allow paralyzed patients to control robotic limbs using just their thoughts.

The team used novel sensing and machine-learning techniques to access signals deep in the brain to smoothly follow a moving computer cursor in a continuous path, rather than previously achieved jerky motions. The technology has been tested on 68 able-bodied humans, and the team plans to conduct clinical trials in the near future.