The sKan device uses thermistors to detect if an area of skin is malignant through thermal heat mapping. 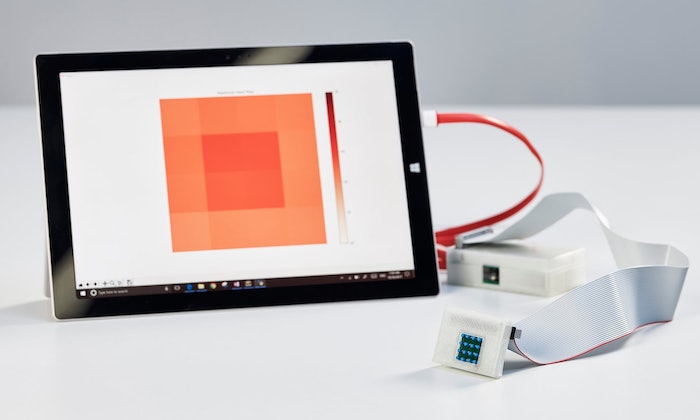 Each year, more than 200,000 cases of melanoma, the most serious type of skin cancer, are diagnosed in the U.S. alone. As with most cancers, the key to survival is early detection and treatment. A recent article from The Guardian brought welcome news of a new low-cost handheld device that can diagnose skin cancer and save lives. The device is called sKan, and four graduates of McMaster University in Canada invented it.

Existing early diagnostic methods depend on visual inspections, which can be inaccurate and unreliable. The sKan employs thermally sensitive resistors called “thermistors” to determine if a suspect area, such as a mole or skin tag, is malignant via heat mapping. Because cancerous cells have a higher metabolic rate than normal cells, they produce more heat. When the skin is cooled via thermal shock, cancerous tissues will return to normal temperature quicker than non-cancerous tissue. The sKan tracks the return to ambient temperature after being cooled and provides a digital display indicating whether or not melanoma is present.

Last week, the team that developed the device was named international winner of this year’s James Dyson Award, a prize that recognizes and rewards university-level designers and engineers for creative solutions to problems. It carries with it a prize of £30,000 that team plans to use to develop the product to a point that it may receive approval from the FDA.