The First Soft Artificial Heart is on the Horizon

Researchers in Switzerland have developed an entirely soft 3D printed artificial heart that can be tailored to individual patients. 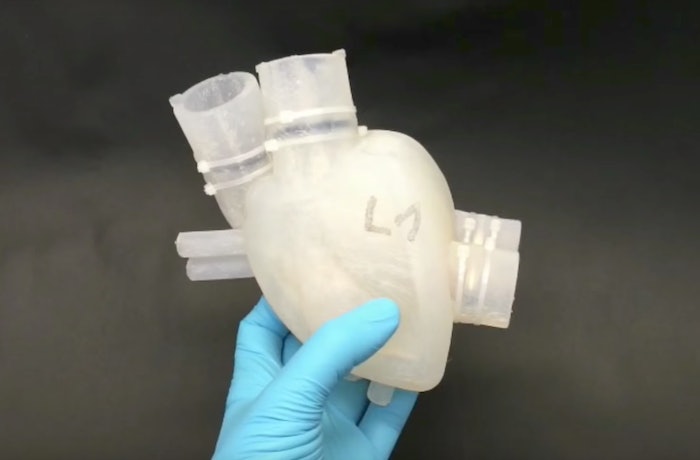 Heart disease is the number cause of death in the United States, claiming over 600,000 American lives a year. 2,000 Americans get heart transplants each year, but there are 3,000 people on the waiting list at all times. However, a breakthrough in 3D printed hearts took place last week that could alleviate the situation. According to a recent Vice article, researchers at ETH Zurich have created an entirely soft silicone 3D printed heart.

One of the main design challenges of artificial hearts is finding one that actually fits in the chest cavity of the patient. This new model can be tailored to the individual to ensure a good fit and proper function. The heart itself weighs just 390 grams, which is slightly more than the real thing which weighs about 300 grams. The concept has a ways to go before it’s human-ready though; it only lasts about 3,000 beats (roughly 45 minutes) before the materials are over-exercised – but it passed the “feasibility test” and has given new direction for the development of artificial hearts.