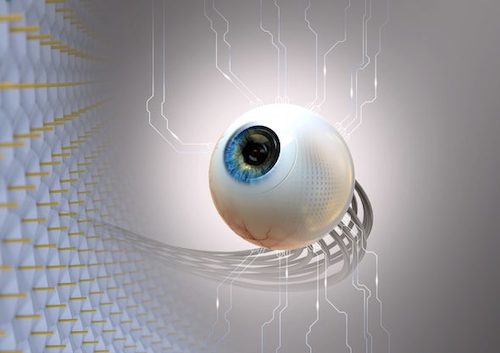 Engineers have spent over a decade developing a device that resembles the shape and function of the human eye. A recent Scientific American article discussed a new prosthetic eye that actually achieved the spherical shape that could lead to better robotic vision and prosthetic devices.

The team behind it used perovskite, a conductive and light-sensitive material that is commonly used in solar cells, to create impossibly thin nanowires that mimic the eye’s photoreceptor cells. When the team tested their eye, it processed patterns of light in just 19 milliseconds, which is half the time it takes the human eye. The team still has a lot of work ahead before their eye can work in conjunction with the brain to produce images, but they’re on the right track.