The Future of the Cannabis Supply Chains

Is it time to break the cannabis supply chain into two separate discussions?

Prior to the passage of the Farm Bill late last year, marijuana and hemp were treated the same by the Federal government and by most states. But now that hemp production and commerce is legal across the entire US, we have to start talking about two different supply chains when we talk about cannabis. One is fully legal and federally regulated (hemp) and the other is locally regulated but remains illegal federally (marijuana). Talking about the “cannabis supply chain” (singular) no longer makes sense. In the rare instance where it still makes sense to use the term “cannabis supply chain”, it must become plural, because they must operate separately and independently.

More and more US States are legalizing marijuana for medical and recreational use. In fact, according to Wikipedia, marijuana is currently prohibited for all uses in only 3 states (Idaho, Nebraska and South Dakota). On October 17, 2018, recreational use of marijuana became legal in Canada. In Canada and in all US states where significant volumes of marijuana is—or will be—consumed, regulations require the careful tracing of marijuana-based products from seed planting, to the sale of finished products to the consumer or patient, and every significant step along the way. The goals of this requirement appears to ensure that illicit marijuana does not infiltrate the legitimate supply chain, and to prevent the diversion of medical marijuana into recreational uses in states where that type of use is prohibited.

But there are important differences. In North American marijuana markets, the regulating government agency tells you which tracing software they are using, and your reports and data uploads must match what their software is expecting. You are free to use whatever software you wish on your end, but it must be compatible with the government’s central tracing solution. For example, 7 states, including New York and Illinois, use BioTrackHTC. Washington State uses Leaf Data Systems by MJ Freeway. California, Colorado and 10 other states, plus the District of Columbia, all use the Metrc software from Franwell, Inc. for their central tracing system. Third-party software solutions aimed at producers and supply chain members in California must integrate with Metrc. This form of centralized supply chain tracing is distinctly different from the type of tracing required for prescription drugs in the United States.

Under the Drug Supply Chain Security Act (DSCSA), every saleable unit and homogeneous case must be serialized with a specified barcode. The data describing the movements of these products through the supply chain are kept by each owner of the products for a period of six years in case it is needed to investigate a supply chain anomaly. No data is routinely uploaded to a government repository because there is a presumption of legitimacy, which is based on the requirement for every supply chain participant to be “authorized” (licensed). It is the responsibility of each member of the pharma supply chain to confirm that their trading partners are also authorized before they trade with them. If something goes wrong, and in the ensuing investigation you are found to have bought or sold prescription drugs from/to an unlicensed party, you are in trouble—but otherwise, you are on your honor. The marijuana supply chain has a long way to go before it gets to this level of trust by the government.

The rate at which states are legalizing marijuana for recreational uses has accelerated in the last decade. It now seems inevitable that the US Federal government will legalize it in the next decade. If we assume this will occur, there will still be a major hurdle that the marijuana industry would need to get over before the US government could relax and allow marijuana supply chain businesses to operate in a way similar to today’s prescription drug businesses. That hurdle is illicit trade.

ILLICIT TRADE STILL GETS IN THE WAY

The problem is that the illicit marijuana trade is so deeply entrenched after many decades of existence prior to legalization that it still gets in the way after legalization. In states that have legalized, many consumers continue to buy illicit marijuana-based products rather than legitimate because the illicit products are cheaper and more accessible than the legitimate products on the legal market. Producers of illicit marijuana do not have the costly overhead of all of the regulatory requirements that are imposed on all legitimate drugs, let alone those that are more rigorous for marijuana. They do not pay the hefty taxes that states have saddled onto legitimate marijuana. The continued operation of the unlicensed marijuana supply chain alongside the new legitimate one is just one of many things that have suppressed the expected growth of the legitimate businesses in California.

Unsurprisingly, this situation has led to counterfeiting and diversion of marijuana and related products—two problems that currently appear to be much worse in the nascent legitimate marijuana supply chain than they are in the mature US pharmaceutical supply chain. Counterfeiting and diversion allow illicit marijuana-based products to hide under a veil of legitimacy. Unfortunately, marijuana consumers—who are well accustomed and comfortable with buying unregulated, illicit marijuana products—appear to be focusing more on price and delivery costs than legitimacy.

This same situation must have existed when thirteen years of alcohol prohibition ended in 1933. Moonshiners certainly continued to offer illicit, tax-free and regulation-free alcohol, but at some point, the supply chain of legitimate alcohol made the higher priced, legitimate products more accessible to a much larger pool of consumers than low-overhead, illegal moonshiners could possibly reach, so the illicit suppliers became minor players. For that to happen with marijuana will require larger companies with deep understanding of supply chain operations and optimization to enter the marketplace.

While this hasn’t exactly happened yet, the trend through 2018 has seen a spike in cannabis mergers and acquisitions activity. Companies as large as Coca-Cola have flirted with taking a stake in the industry before setting it aside (for now), and some believe the M&A activity will only increase in 2019 (although, as always, beware of self-serving analysis from Forbes “contributors”).

As long as individual states regulate the production, distribution and sale of marijuana-based products within their borders, and as long as these activities remain illegal at the US federal level, there is no way for marijuana growers in one state to supply consumers in a different state (although Washington State is considering ways of allowing it). So each state has its own independent and autonomous supply chain. This will keep large-scale growers and supply chain operators from entering the market. If—or rather when—the US federal government legalizes recreational—or even just medical—use of marijuana it is likely to open the door to these larger, national operators, and this will likely suppress the illicit market, just as it did after alcohol prohibition ended. At that point, if the individual states are allowed to retain their own marijuana tracing regulations, it will result in the same kind of patchwork of regulations that existed in the US pharmaceutical supply chain ten years ago. This will be just as unworkable as it proved to be for the members of the nationwide prescription drug supply chain. This is exactly what led Congress to pass the DSCSA in 2013, which preempted all of the many state ePedigree regulations that had been enacted in the prior years in favor of a single, nationwide requirement.

With the passage of the Farm Bill in December, the cultivation and commerce of hemp and hemp-based products are now legal throughout the United States. Even before hemp legalization, some marijuana business owners were refocusing on hemp instead. That trend is likely to accelerate as the ‘national scale’ and less regulation of legitimate hemp beckons. This could be the trigger for some larger supply chain companies to carve out a space for themselves in the hemp supply chain as a prepositioning for marijuana in the future. It is unlikely the federal government will impose strict traceability requirements for hemp and hemp-based products since hemp does not contain enough THC (Tetrahydrocannabinol, the psychoactive agent that makes marijuana illegal), although it is possible (any of the USDA, FDA and DEA could step in as a spoiler here). Even if it does, the requirements are likely to be very light compared with pharmaceuticals and marijuana.

The existence of a national-scale legitimate hemp industry and supply chain could provide more cover for the illicit marijuana industry and supply chain, leading to growth in illicit business and depressing the legitimate marijuana businesses in legalized states. If this happens, it is very unlikely to cause the government to stop the hemp industry, and is much more likely to cause them to legalize marijuana as a way of stamping out the illegitimate side—a repeat of the end of alcohol prohibition. If that is what eventually happens, then the Farm Bill of 2018 has started the clock ticking, and it is only a matter of time before marijuana follows hemp into legalization. The only question is, what year is that going to happen? 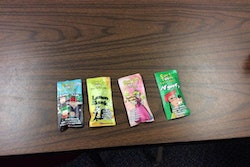 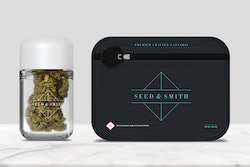 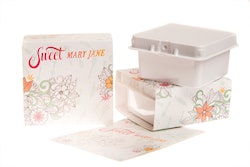 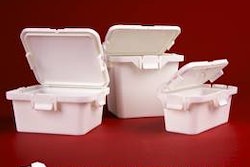