For more than 30 years, Pfizer’s Freiburg facility has used Bosch machinery that has produced benefits such as lean manufacturing, sustainability and reduced waste. It’s no wonder more equipment will be added in 2017. 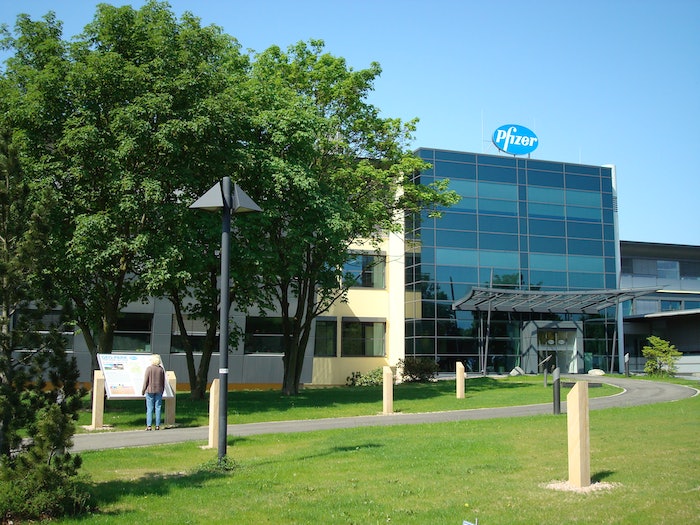 Pfizer Manufacturing GmbH’s site in Freiburg, Germany specializes in solid pharmaceutical production, including cholesterol-lowering agents and drugs for the treatment of cardiovascular diseases or epilepsy. The facility relies on lean processes and robust machinery.

For example, capsules are filled and weighed on three levels at the site, with minimal operator intervention, using several GKF capsule filling machines and KKE capsule checkweighers from Bosch Packaging Technology. To be clear, the GKF equipment does not fill capsules into blisters or other package types.

Every year, the Freiburg pharmaceutical factory produces six billion tablets and capsules, and more than 200 million packages, in more than 3,000 layouts for the global market. To achieve these high quantities, all production and transportation processes are highly automated.

The site, which employs 950 people, has built a reputation for environmental protection and sustainability. And beyond the Pfizer group, the plant is recognized for its lean manufacturing. “5-S-Best in Class”—Pfizer is reported as the first pharmaceutical producer to be awarded the quality seal from the international Kaizen institute for standardized, lean work processes.

Capsule filling operations at the Freiburg site are performed automatically on three building levels. The second floor accommodates the powder containers and empty capsules. Here, the base material is conveyed in containers via remote-controlled automated guided vehicles (AGVs). The powder is directed downward through the floor straight into the capsule filling machine situated on the first floor, where it is processed into filled capsules. On the bottom or ground floor, a container collects the weighed capsules, which are then transferred to the subsequent packaging process.

“There is one operator working on the first floor,” explains Eric Fisch, Pfizer Freiburg Production Engineer. “The two other floors are frequented by specialist personnel for cleaning and maintenance.”

The capsule filling machines also set standards in terms of energy efficiency. “Right from the beginning, we planned the factory so that the powder flow can take place without energy input,” says Fisch. “And the concept has stood the test until this very day.”

Several generations beneath the same roof

What Pfizer needs for three-shift operations is high-performing, efficient and flexible equipment. The pharmaceutical producer has used several generations of GKF capsule filling machines since the 1980s. Five GKF 2000 series remain in consistent operation since 2001.

The GKF 2500 units produce outputs of up to 150,000 capsules/hr, or 2,500/min. The GKF 2500 ASB 100% is equipped with an integrated checkweigher that weighs each capsule individually. Only capsules with weights within the tolerance limit are accepted, with over- or underweight capsules transferred to the reject station. The low amount of format parts enables fast and easy format and product changeovers, requiring only a few adjustments for production.

“When investing in new machines, we always consider the product first,” says Fisch. “For this reason we define the required filling technology for each drug before we determine the parameters the machine must fulfill.” The latest capsule filling machine, which replaced a machine from 1992, needed to run at higher speeds and be easy to maintain.

The slide-gate system gently handles product and lessens powder loss in terms of dust in the suction. Fisch notes, “Thanks to the slide-gate, we were able to reduce product loss to two percent, or halve it.”

The robustness of all GKF capsule filling machines reduces downtime and lengthens lifespan. In the unlikely event of a spare part being required, Bosch provides fast and cost-effective support. “All in all, the Bosch machines are very efficient regarding spare parts and general maintenance,” Fisch says.

The production engineer points out, “New operators can be trained quickly and understand the machine without extensive instructions.” For example, the KKE equipment uses gravimetric weighing technology, making the checkweigher easier to operate than alternative measuring systems. Fisch notes the KKE machinery allows for easy troubleshooting. “You do not have to be a qualified specialist, and you do not need to dismantle the entire machine to find a small defect.”

Over the years Pfizer has accumulated knowledge that is continuously used to optimize processes and machine details. For instance, Pfizer and Bosch synchronized the GKF and KKE so that individually regulated speeds ensure consistent filling.

Staying true to its lean manufacturing strategy, the company constantly looks for further optimization potential. This includes regular software updates and adapting all machines to the existing room layout. For example, Pfizer was one of the first customers Bosch supplied with a separate control cabinet.

Despite space constraints, production capabilities in Freiburg are far from reaching their limits. An entirely new manufacturing plant is planned for 2017, and the fully automated three-floor factory will also be expanded. Thus, capsule production and filling operations will soon be reinforced by two more GFK-series machines.

While the main prerequisite for the selection of a suitable supplier is the technology, geographical proximity also plays an important role for Fisch. He says, “Our contacts at Bosch are on site really fast. What’s more, we speak the same language.” By that, he not only means the local language, but also the technical expertise and the trustful cooperation between both companies.