Welcome to the world of therapeutic foods

What do you think of when you think of food? Holiday meals with family? Things that taste good? A post-workout treat? What else could food be used for? 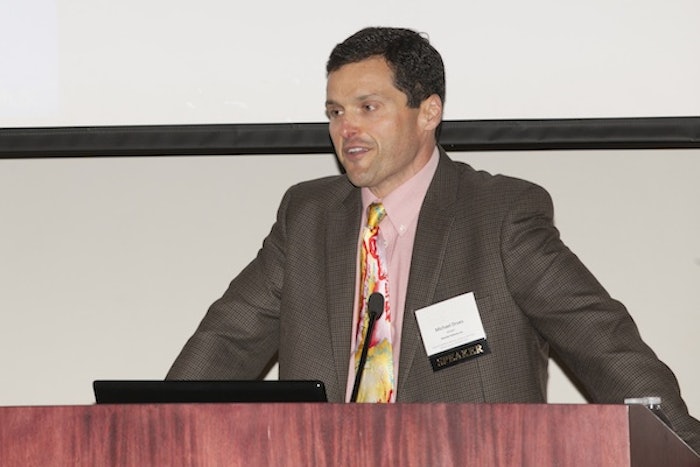 In a regulatory sense, foods are nothing more than a “delivery system” for nutrients and energy—analogous to thinking of a pill, syringe, or drug-eluting stent as a delivery system for drugs and biologics, i.e., the nutrients can be thought of as the “active pharmaceutical ingredient” (API) while everything else can be thought of as the carrier. So now what do we have? A combination product! And what if we combine foods with drugs and biologics? Welcome to the world of therapeutic foods…

To most people, therapeutic foods conjure up nutritional products (dare I call them supplements?) marketed for athletes or the elderly. Think of protein powders and energy drinks.

Let’s consider a more interesting example: Melatonin-containing brownies (Lazy Cakes) claimed to provide “a delicious chocolate alternative to medication and harmful narcotics to help you safely relax and fall asleep.” But some have claimed such products are dangerous if you eat too many and FDA issued a warning letter to that effect.

However, cannot the same thing be said if you “eat” too many pills? And consider the irony: it’s ok to go to the grocery store and buy as many brownies and melatonin capsules as you want as long as they come in separate packages. But if a manufacture decides to combine them into a single package, i.e., delivery system, that seems to be a problem. And if you bake brownies from scratch yourself and mix some melatonin (or perhaps something else) into the batter, then what? Is this any different than pharmaceutical compounding? If you do this in your home kitchen, should you expect an FDA warning letter in your mailbox?

How could the Lazy Cakes problem have been prevented? Very simple—don’t claim the product promotes relaxation, sleep, or anything else. These are “stated label claims,” which must be proven, often with benchtop, animal, or clinical data. Instead, simply say the product “contains brownies and melatonin” and make no other claims. There is nothing factually incorrect with this statement. In fact, it’s analogous to an ingredient list that is required anyway. The manufacturer of Cheerios faced a similar problem when it claimed eating Cheerios “lowered your cholesterol”—that’s making a specific medical claim and thus is it any different than Lipitor? A better claim would be “promoting heart health”—it’s a more nebulous claim and in the regulatory world, the more nebulous the better!

The future of therapeutic foods

But these products have been around for a long time. So what does the future hold? How about an edible vaccine? Consider this: we go to the doctor’s office to get needles stuck in our arms to vaccinate us against disease. We have been practicing medicine like this for a long time but does it make sense? Not to me!

What if we take a gene that codes for a protein-based vaccine and put it into a plant and eat the plant? This is one version of an edible vaccine. As cool as that seems, let’s take this even further.

What if we identify a gene that can lower your cholesterol and we insert that gene into a plant like a potato or an animal like a cow? Imagine what my marketing friends in my favorite fat-food chain could do with their claim “eat your greasy cheeseburger and french-fries and lower your cholesterol at the same time!” Welcome to the future of therapeutic foods.

Of course, from a regulatory perspective, I would never advise them to make such a claim!

What are the regulatory implications of such technologies? Most have not even begun to think of how to regulate such technologies but they are not nearly as far off as many think. In fact, one well-known fast-food chain has admitted publically that it has had an active research program in this area for the last eight years—and I suspect longer. So shouldn’t we start thinking about these issues now?

Finally, what are the implications for packaging professionals? How should we package therapeutic foods, assuming they need a package at all?  How about in an edible container? Don’t think so? Think again—there is now a frozen yogurt on the market in a major grocery chain that doesn't come in throwaway cup. Instead, it comes in an edible skin—much like the skin on a grape. Is this a new idea? Not really. How long have grapes been around? So is this any different than the “skin” of a time-release capsule?

Developing the ability to look for similarities where no similarities seem to exist provides insights into developing new regulatory strategies to bring innovative products to market, be they foods or drugs. After all, Hippocrates said, “let your food be your medicine and your medicine be your food.” So to Hippocrates, there was no difference between foods and drugs—should there be for us?

—Dr. Michael Drues is president of Grafton, MA-based Vascular Sciences, an education, training, and consulting company, and a Contributing Editor for Healthcare Packaging. He can be reached on Linkedin®, by phone at 508.887.9486, and by e-mail at mdrues@vascularsci.com