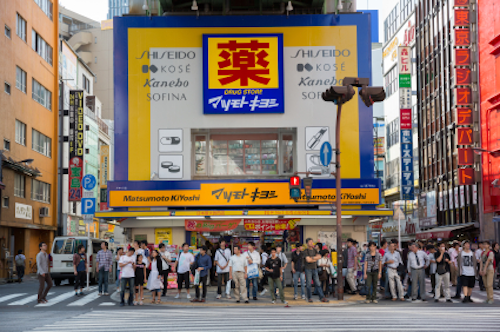 GBI Research also suggests that the CMO market size for downstream processing is set to grow at a Compound Annual Growth Rate (CAGR) of 15.1%, which is higher than the growth of the overall CMO biopharmaceutical market, due to the approval of biosimilars in the downstream industry, which is expected to drastically increase future demand for equipment and reagents.
In spite of high drug prices, biopharmaceutical firms are not currently able to fulfill high market demand, and once these prices come down, demand will grow at a much faster rate. The increased use of disposables in biopharmaceutical manufacturing is also boosting the downstream market, as reductions in capital and cleaning costs for pharmaceutical companies turn profits for CMOs.

CMOs are working to integrate service portfolios in order to offer complete solutions to pharmaceutical manufacturers. While the concept of providing total biopharmaceutical solutions has historically been present only within the U.S. and certain European countries, nations such as India, Korea, and China have started to adopt the same business model over the past few years, and have attracted big business as a result, thanks to vast differences in production and labor costs in developed and developing countries. These forged relationships allow both CMOs and pharmaceutical manufacturers to pursue large-scale business opportunities using each other’s facilities.

GBI Research suggests that the global CMO market is set to grow steadily, due to increasing levels of pharmaceutical outsourcing and generic manufacturing. The global CMO market grew at around 10.8%, from $21.2 billion in 2008 to $28.8 billion in 2011, and is forecast to reach an approximate value of $59.9 billion by 2018 following growth at a CAGR of 11%.

In another GBI Research report, the firm says that pharmaceutical interest in outsourcing, combined with rising industrialization in India and China, will mark a drop in Japan’s share of the continent’s revenue.

The report predicts Japan’s Active Pharmaceutical Ingredients (API) Asia-Pacific revenue share to drop from a dominant 51% in 2011 to 34% by 2017, while less economically mature markets across the region expand their own.

A major contributor to this disparity in growth is the growing popularity of outsourcing pharmaceutical processes to CMOs in developing countries where skilled workforces are readily available and labor costs can be as much as 12 times lower.

The CMO market for the Asia-Pacific region is expected to jump in value in the near future. From combined revenues of $6.6 billion last year, GBI Research forecasts the sector to reach $16.5 billion by just 2017 at a healthy CAGR of 16.4%.

Meanwhile, China’s huge and increasingly elderly population, some remotely situated in rural areas, will be provided with strong healthcare infrastructure, according to another GBI Research report.

The rising incidence of chronic and infectious diseases in this vast country serves to benefit both patients and medical device companies, who may supply China’s government to meet their new healthcare reforms.

The healthcare reform initiative known as “Opinions on Deepening the Health Care System Reform,” or the “New Health Care Reform Plan,” is being implemented by the Chinese State Council and the Communist Party of China (CPC) Central Committee, and represents a major driving factor for the healthcare sector in China. The reforms aim to provide health services for both the urban and rural populations.

Healthcare infrastructure improvements are expected to drive market growth for both international and domestic companies, due to improved affordability and accessibility to healthcare services within a growing number of hospitals. New insurance policies aiming to increase the reimbursement ratio for a number of diseases will also lead to an expanding patient base.

Rapid urbanization and economic development has also resulted in lifestyle and nutritional changes, which have caused an increase in the incidence of conditions such as diabetes and cardiovascular diseases, which require diagnostic testing and monitoring.

(Photo shown with this article is of a drug store in Tokyo.)