Aaron Hand
The complex structure of Roche’s cobas plasma separation card consists of a carrier layer with a bonded nonwoven fabric and an upper layer for protection and labeling.
Beckhoff Automation

Close to 38 million people in the world were living with HIV—the virus that causes AIDS—by the end of 2018, and some 8 million of those people did not know they were living with the virus, according to UNAIDS. Roche, a leader in personalized medicine, aims to help curb the public health threat through improved examination and monitoring of HIV patients. The company has developed a novel test device to make this possible. In turn, that breakthrough was made possible through advances in production technologies from Beckhoff Automation.

At its site in Mannheim, Germany, Roche developed a new plasma separation card (PSC) that not only requires just a small amount of blood from a patient’s fingertip, but it also greatly simplifies sample transport. For the first time, blood plasma samples no longer need to be cooled during transport to the laboratory. This is particularly important given that more than two-thirds of the people infected with HIV live in sub-Saharan Africa.

The cobas PSC significantly changes the way plasma samples are taken and prepared and facilitates reliable quantitative testing even in environments with extreme heat and humidity. Roughly credit card in size, the stable and easy-to-use blood plasma sampling card was achievable through Beckhoff’s eXtended Transport System (XTS), a flexible, compact and dynamic production technology that allows it to be made cost-effectively.

The Beckhoff XTS is central to the compact (3.5 x 3 m) machine that makes the cobas PSC. The mechanical engineering specialists in Roche’s Manufacturing Service & Technology department had just two years to get the project ready for production. As a highly flexible transport system, the XTS helped the production unit adapt to changing requirements during the development process. Its software-based functionality, which is easy to modify, means that process optimizations can be implemented quickly.

The complex structure of the PSC makes this particularly important. “A carrier layer is used for mechanical fixation,” describes Lukas Nagel, specialist engineer at Roche’s Mannheim site. “Next, a thin adhesive layer attaches to the plasma-separating membrane. Underneath is a non-woven material separated with a chemical stabilizer to preserve the human plasma for up to six weeks during transport. A label is provided on which the patient information can be recorded by hand. Finally, there is a protective layer.”

A key aspect that sets the PSC apart from other testing solutions is that the human plasma only needs to dry a little for safe transport, and then can be liquefied again in the laboratory to be analyzed in the same way as blood plasma is normally analyzed, Nagel notes. The carrier layer—used mainly for sample transport—is just one part of the complex structure of the card, however. Two adhesive strips are applied to the carrier layer, followed by the nonwoven fabric for plasma absorption. The desired geometry is punched into a carrier tape and small adhesive dots are then applied to seal the plasma in. Finally, each card is laminated with an adhesive tape to form the underside and then it is bonded to the carrier layer. Those two layers form the first intermediate product.

The second intermediate product—the top side of the PSC—is formed in a similar way. The desired geometries are also punched and the card corners are rounded off for easier removal in a subsequent step. After several optical test steps, both intermediate products are bonded. The assembly and label placement then undergo a final check.

The special fabric for the plasma-separating membrane is very sensitive and expensive, resulting in stringent demands in order to minimize waste, Nagel says, adding that forces must not exceed 7 N to avoid altering the structure of the nonwoven fabric. To guarantee this, a laser cuts out the membrane very gently. “When the unit starts up, the processing table from which the membrane is collected is measured. The system then checks the workpiece carriers on all 10 XTS movers,” Nagel explains. “In this way, all component tolerances are compensated. In order to exert as little process force as possible, the membrane is applied to the adhesive layer with vacuum grippers.”

One advantage of the XTS, Nagel notes, is that the component tolerances can be stored in software and then assigned to each mover individually for the entire production process. “In a conventional transport system, this would have to be implemented mechanically at each workstation and would therefore be much more complex,” he says. “In addition, XTS automatically provides traceability, which would otherwise have to be implemented using QR codes, for example.”

The XTS also provides high precision and software functionality in the motion axes of the workstations—such as cutting units, rotary tables, and transfer arms—implemented using EL7211 servo motor terminals and AX5000 servo drives. One example is the measuring probe function of the AX5000 servo drive, which can be used to store the actual position of the controller without time offset, depending on an event.

“This function comes into play when punching the geometry into the carrier tape and has been a great advantage during the development process,” Nagel says. “Initially, neither the exact card size nor the number of openings to be punched for subsequent application of the plasma were known. The lifting and punching sequences could be quite easily determined by software and adapted as required. For example, the card size could be optimized very efficiently, the number of application fields defined, and the card corners rounded off.”

Flexibility in a compact design

With limited space available in its production environment, Roche also relied on the XTS to provide high flexibility within a compact system. Roche is using an XTS with 10 movers and a 3 m track length, with individual workstations set up around it. “This results in a symmetrical machine layout in which the first preliminary product—the carrier layer—is processed on one side and the second preliminary layer—the upper layer—is processed and optically inspected on the other side,” Nagel explains. “The membrane is cut out in the center of the unit so that the complete card can be produced in a single XTS cycle. A system based on a rotary indexing table, which had been considered initially, would have been much larger.”

A key benefit of the XTS is its asynchronous motion between stations—providing the ability to synchronize fast workstations with slow process sequences. Rather than the speed of the line being dictated by the slowest process, the system flexibility lets workstations be better utilized by duplicating time-consuming work processes. Beckhoff’s conveyor automatically adjusts itself to the slowest process step and remembers the current processing status and missing input materials for each mover, Nagel adds.

In the case of the cobas PSC, the slowest processes are laser cutting of the nonwoven fabric and the associated pick-and-place, Nagel says. “With XTS, it is now very easy to prepare six cards at a time, transfer them to the laser cutting unit, and then glue them individually to the corresponding card tops,” he says. “Without this high flexibility offered by XTS, we would have had to process much larger membrane pieces or make provisions for multiple transfer stations.”

This capability also simplifies early ejection of defective subcomponents. If a part is recognized as a reject, its mover disregards all other workstations, simply pushing the part through each step until it can be ejected from the process. Unlike a rotary indexing table, the XTS avoids further processing of reject parts.

Beckhoff’s TwinCAT 3 XTS Extension software provides collision avoidance and synchronization functions to achieve this flexibility. But the XTS also has the ability to limit the current or force available for each mover, increasing or decreasing the current as needed for each individual mover even if both movers are on the same motor. This gives Roche the ability to better control the interaction between tooling. “We use this function when the workpiece carriers for opening the holding clamps are mechanically fixed,” Nagel explains. “Limiting the controller current simplifies this mechanical referencing without losing the position control via the XTS encoder system that is advantageous elsewhere in the system.”

>>Read more about how the XTS works: 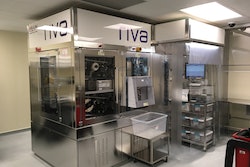 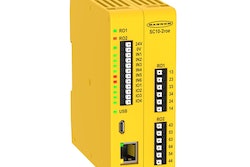 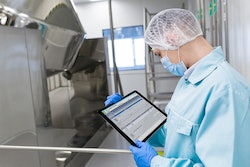 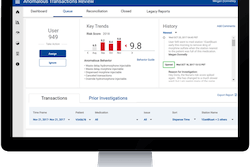