Distributing the H1N1 vaccine fairly; a collision of medical ethics and the law over abortion; bioethics and human rights in the Hastings Center Report.

The swine flu vaccine, which is now being readied for use around the world, raises questions about safety and fair distribution, writes Lawrence Gostin, a professor of global health law at Georgetown University, in the Hastings Center Report. Clinical trials of the vaccine have enrolled relatively few human subjects, are being conducted quickly, and therefore may be unable to detect rare but serious adverse effects, Gostin writes.

Gostin also expresses concern about just allocation of the vaccine. In part because trials may not conclusively demonstrate safety and effectiveness, he writes: “Effective vaccines will almost certainly be scarce. What factors determine which countries will gain greater access to available vaccine stocks?” He concludes that wealthy countries - and wealthy individuals within the United States - may be at an unfair advantage. “The maldistribution of vaccines in the face of a global health crisis will only widen the already large health gap between rich and poor.”

An essay titled “Government-Scripted Consent: When Medical Ethics and Law Collide” examines how recently enacted legislation in South Dakota, which requires doctors to read an ideological script to patients before performing abortions, subverts the informed consent process. Mandating the script forces doctors to “commit an untenable ethical and professional wrong: deceiving patients by providing false information and withholding empirically derived, evidence-based clinical data,” write Howard Minkoff, a professor of obstetrics and gynecology at SUNY Downstate, and Mary Faith Marshall, a professor of bioethics and of family medicine and community health at the University of Minnesota. Beyond joining in appeals to reverse the legislation, the authors recommend that physicians “contextualize the script, separating medical fact from legislative conjecture.”

The lead article explores whether the language of human rights might be better than that of bioethics in addressing global health issues. If we frame access to health as a human right, does this influence the practical decisions that individual countries face about who gets what? The authors, John Arras, a professor of biomedical ethics and philosophy at the University of Virginia, and Elizabeth Fenton, a postdoctoral fellow in the Harvard University Program in Ethics and Health, conclude that it does not, arguing that human rights “are insufficient for the establishment of public health policy.” What is needed, they write, is a framework for considering the particular cultural and economic values - “normative slogging,” as they put it - involved in allocating scarce health care services in different countries.
Companies in this article 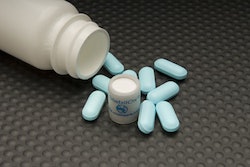 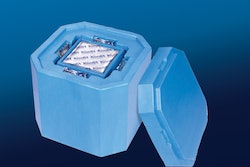 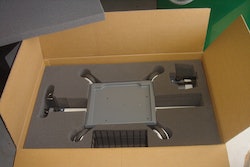 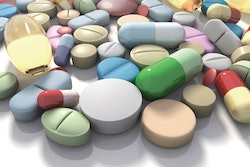 Countering counterfeits on the front line