Scientists created fully-functional mini-livers and successfully transplanted them into rats. 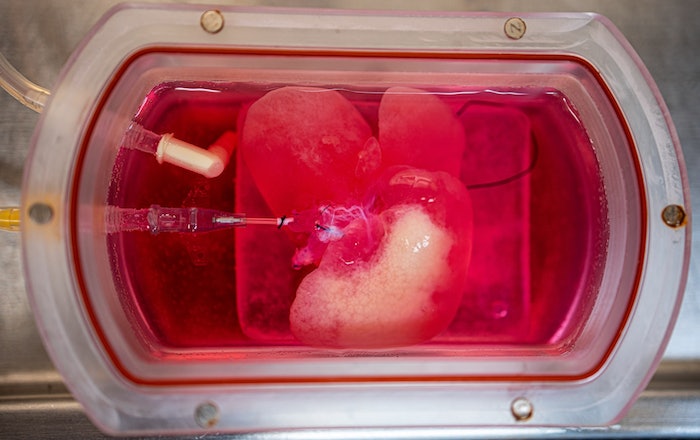 There are currently about 17,000 people awaiting liver transplants in the United States alone. This number far exceeds the number of livers available from deceased donors. On top of that, organ transplants are prohibitively expensive. In 2017, the cost of a liver transplant, including pre and post-op care and drugs to prevent the body from rejecting the transplant, was north of $800,000. A recent INVERSE article discussed a new lab-grown option that aims to tackle that waitlist and create a future free of organ donors.

The team behind the lab-grown livers started with skin cell samples and reprogrammed them into induced pluripotent stem cells. They then guided the cells to become different types of liver cells and seeded them into liver scaffolds. The researchers grew the mini livers in about a month, a process that normally takes up to two years in a natural environment. They were then transplanted into mice that were dissected four days later to see how well the organs were operating. The livers worked, but experienced blood flow issues around the graft. The team still has a ways to go, but this study served as a proof of concept.

The packaging industry searches to provide solutions that addresses key trends in healthcare, cannabis, and food.

Partnership implements initiatives to reduce plastic waste and use of materials that make it harder to recycle packaging; this moves Amcor’s 2025 goal for fully recyclable packaging forward.
Jan 11th, 2021

'Reflecting the severity of the moment, this editorial appears in health journals across the world. We are united in recognizing that only fundamental and equitable changes to societies will reverse our current trajectory.'
Sep 10th, 2021

Colgate Toothpaste in PET Ushers in a ‘Frictionless Future’

The use of a recyclable, clear PET toothpaste bottle is enabled through the use of slippery coating on the inside of the container that allows the viscous product to be dispensed easily and completely.
Anne Marie Mohan
Jun 28th, 2021