Using reusable plastic totes to get molded parts from one part of a manufacturing operation to another is expensive; Box Latch makes it possible to use and reuse inexpensive corrugated boxes. 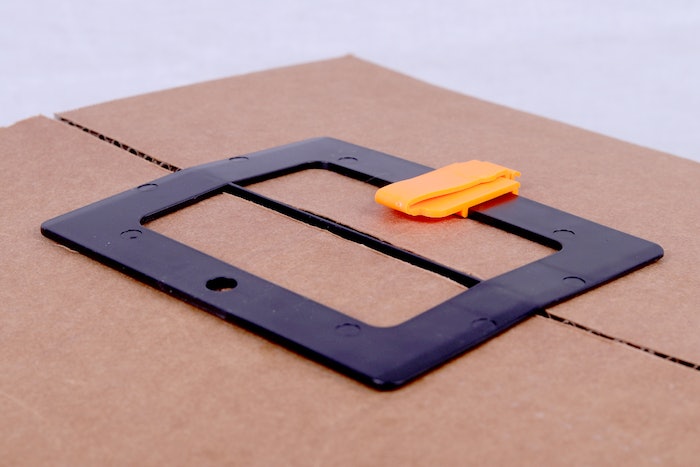 Box Latch plus anchor make this simple corrugated box reusable many times over.

Wisconsin Plastics Inc. does a big business in supplying spring-loaded trays that display various food products in the refrigerated section of a supermarket. Think packs of sliced cheese or luncheon meat, for example—you pull out the front one and the rest slide neatly forward.

The Green Bay, Wis., firm assembles its spring-loaded trays from seven parts. Until recently, the firm relied on reusable plastic totes to get one plastic part called a “wing” from the location in the plant where it is injection molded to an assembly station elsewhere in the plant where two wings become part of the seven-part assembly. When emptied, the crates were then palletized and returned to the place where the injection molding machines operate. But these crates are, as Plant Manager Carl Bartle points out, very expensive. So when a way of using inexpensive single-wall corrugated boxes came to his attention, he was only too happy to switch.

At first these boxes were closed with tape. But the process of removing the tape damaged the boxes so badly that reusing the boxes more than once or twice was pretty much out of the question. Then Bartle discovered a durable injection molded device called the Box Latch from Box Latch Products. By anchoring one Box Latch to a top flap and another to a bottom flap of a corrugated case, the case can be securely closed for transfer to the assembly station. There the top flaps are easily opened and the wings removed. When a box is empty, an operator opens the bottom flaps, collapses the box leaving the two Box Latches right where they are, and stacks the boxes in a large gaylord holding some 300 boxes so they can be returned to the injection molding station to be reused all over again. 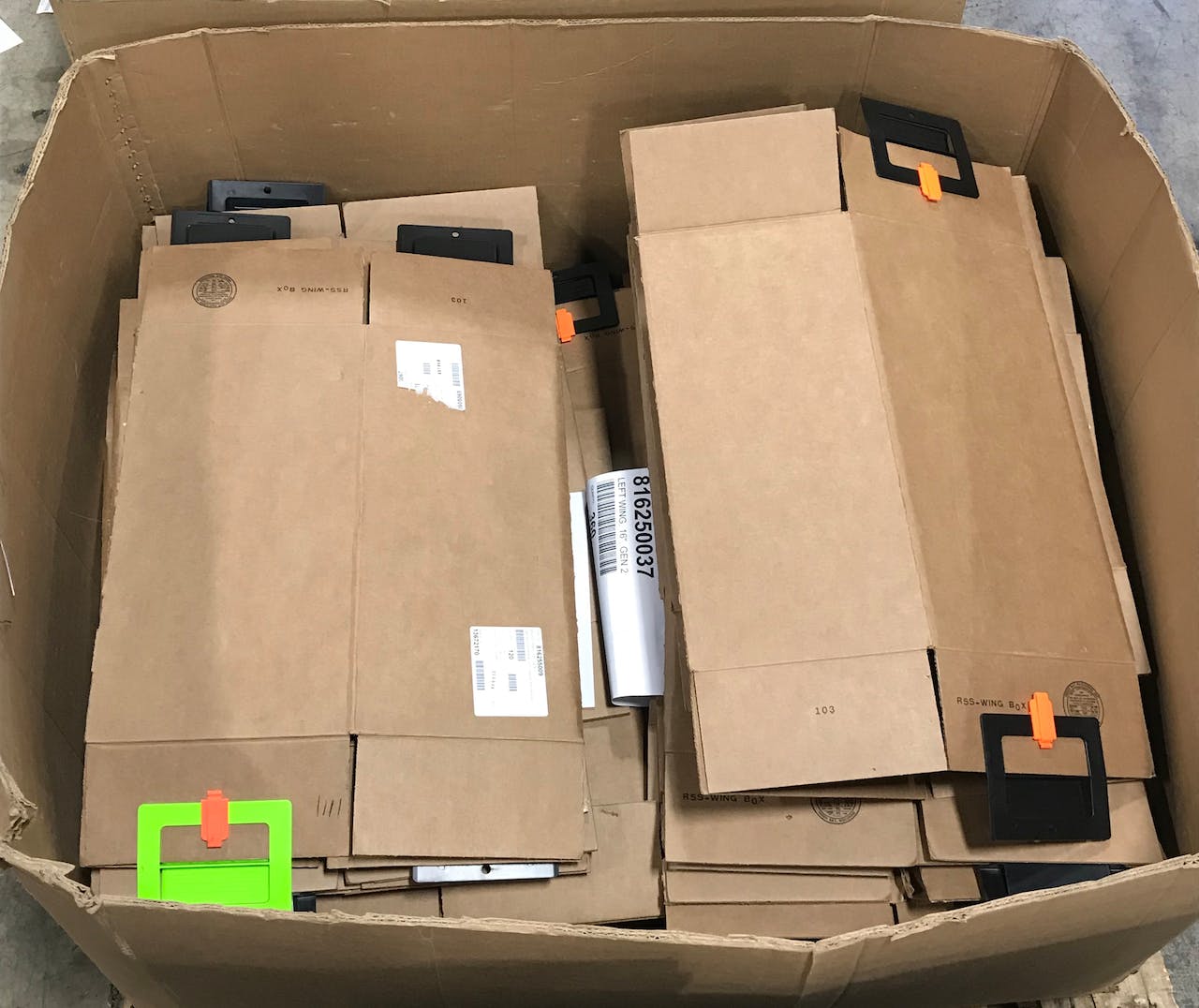 The Box Latch stays in place and collapsed boxes are easily stored for return to the injection-molding station.

“We are still using the same batch of corrugated boxes that we purchased in 2018,” says Bartle. “They are starting to look a little worn, and some have finally failed. But my best estimate is that each of those original corrugated cases has at least 20 uses on it.”

Bartle estimates a savings of up to $10,000 on boxes per year, on top of an additional savings in tape costs that have been eliminated. The firm has also been able to turn considerable floor space formerly occupied by plastic totes into space available for other uses. Go here to see a video of the Wisconsin Plastics operation in action.