Customs and Border Protection discovered 254 lbs of fentanyl hidden among cucumbers in a truck trailer. 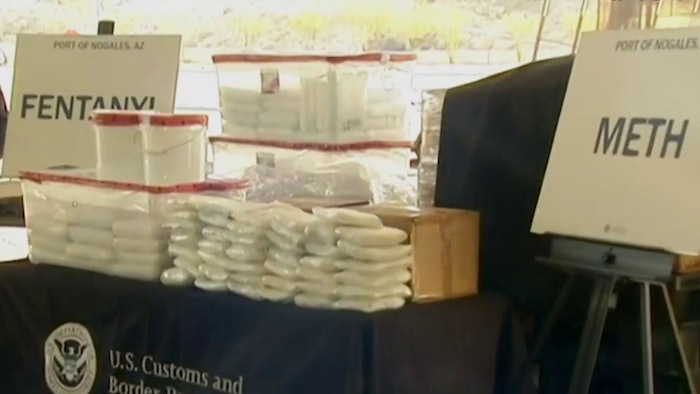 A January 31st NBC News article discussed the largest seizure of fentanyl in U.S. history. Thanks to the help of a drug-sniffing dog, Customs and Border Protection officers found over 250 pounds of the drug concealed in a floor compartment of a produce truck carrying cucumbers. Also found in the truck was 395 pounds of methamphetamine.

The tractor-trailer from Mexico was stopped at a border checkpoint in Nogales, Arizona and the 26-year-old driver was arrested. The second-biggest fentanyl bust took place in Nebraska in 2017 when state troopers found 118 pounds of the drug in a truck. The CBP placed a value on the fentanyl at $3.5 million, and the methamphetamine at $1.1 million.